The profitable investigation of the rorqual whales in Dénia: the second largest living being on the planet as has rarely been seen

The coast of Dénia has become the temporary home of a large number of cetaceans these days. Both dolphins and humpback whales have located their migration circuits on our coastline, so it is very common to see these mammals a few miles away from the beaches. 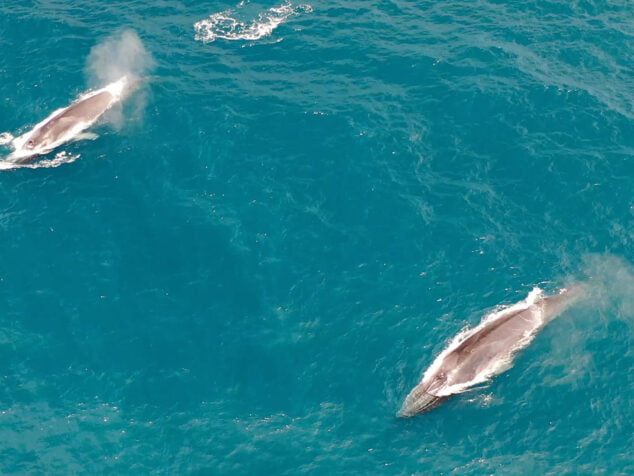 Two whales in the Dénia sea | Photo by EDMAKTUB

Dénia is one of the favorite points of these animals and, therefore, also of the people who are dedicated to investigating them. In fact, the Universitat Politècnica de València carries out, together with the City Council, the Cabo Rorcual project, in which a group of scientists study the passage of cetaceans. Now thanks to submerged microphones to record the passage of whales.

The NGO EDMAKTUB has also traveled to the city to study fin whales as they pass through Dénia. These whales are the second largest living being on the planet, so they do not go unnoticed at all. That is why they have already reaped the first fruits of their trip, capturing two new specimens that were heading south, which they immortalized with the impressive images that accompany this news. 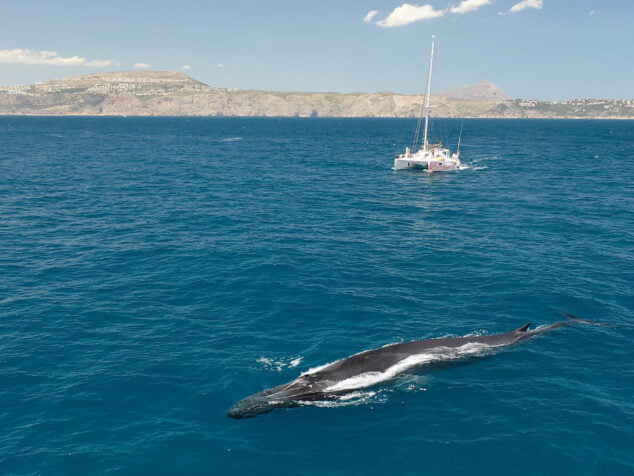 Fin whale off the coast | Photo by EDMAKTUB 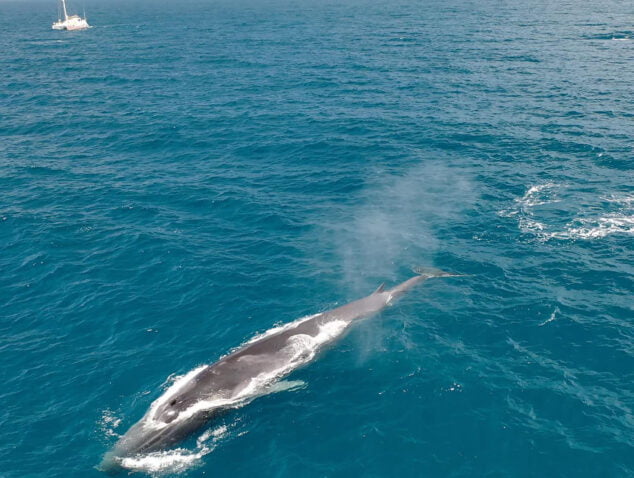 A huge whale off Dénia | Photo by EDMAKTUB