The Police positively value the first day with children in Dénia

According to the Dénia Police, the situation was calm in the early hours, noting especially the departure of minors with their companions from 11 am. With the worsening weather during the afternoon, starting at 15:30 pm, the outings have been very staggered and quite normalized. 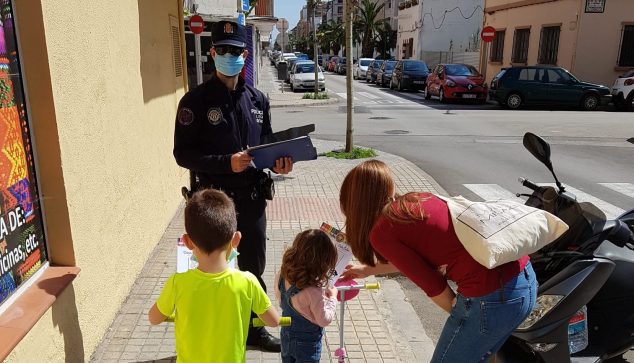 The patrols distributed in the areas of anticipation of concurrence and a traveling patrol, have been in charge of monitoring, informing and delivering coloring material to the boys and girls.

Citizens have asked agents in person, online and by phone about how to make the exit. The only incidents recorded have been the cases in which both parents have left with the minors, being informed for compliance with the departure order (only 1 adult, with a maximum of 3 minors).

According to the agents, the areas in which there has been the most presence of boys and girls have been, mainly, Torrecremada and Plaza Jaume I, Arxiduc Carles, raset, Esplanade Cervantes, Miguel Hernández, Assagador de la Marjal and coastal area.

La Torre del Gerro: useful information to visit one of the most beautiful places in Dénia
19 September 2020