The Dénia City Council has joined the network "Beaches without smoke", an initiative resulting from the joint work developed by the General Directorate of Public Health of the Valencian Generalitat and the Valencian Federation of Municipalities and Provinces (FVMP) with the aim of "Promote healthy attitudes and habits through an environment that is respectful both of people and the environment".

This was stated this morning in Dénia by the autonomous secretary of Public Health, Isaura Navarro, who presented the program "Smokeless Beaches" accompanied by the mayor of the city, Vicent Grimalt, and the FVMP area coordinator, Eugeni de Manuel. It has also attended, the councilor of Health deniera, Cristina Morera, the alderman of Beaches, Pepe Doménech and the director of Public Health of Dénia, Pasqual Martí.

The beach chosen to start this program in Dénia is the Marineta Beach Cassiana-Marge Roig, 700 meters of sandy beach that, from now on, will be free from tobacco smoke. The area will be marked with pennants and information panels. In addition, at the beginning and when the section ends, ashtrays will be installed that invite whoever wants to stay or go through it to put out the cigarette. 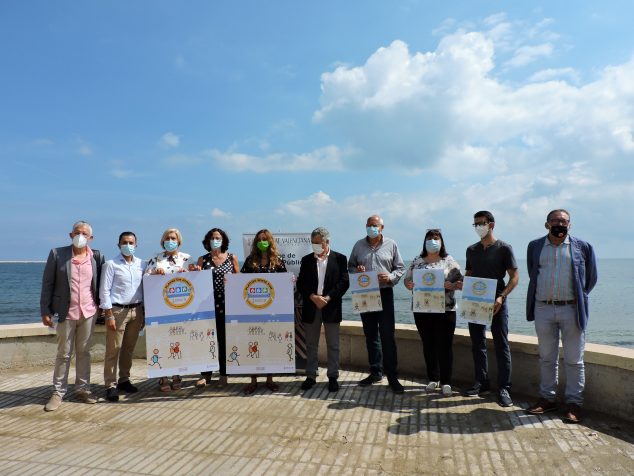 Dénia adhesion to the network of 'Smokeless Beaches'

The city council will give a training course to COVID-19 auxiliaries, Red Cross surveillance and first-aid personnel and local police officers who patrol the beaches so that they can correctly inform users of the characteristics of smokeless beaches and make recommendations. relevant because this space is respected.

In addition to promoting smoke-free spaces, the Autonomous Secretary of Public Health has stressed the importance that smokers do not leave on the beaches where they do smoke cigarette tips "As if these spaces would be a great ashtray, since the consequences for the environment are very harmful".

In relation to this issue, to help our beaches be clean from these polluting cigarette tips, the Department of the Environment will distribute 2.000 portable beach ashtrays during the summer, as announced by the councilor for Beaches, Pepe Doménech.

Network "Smokeless Beaches" so far it has five assigned localities. Along with Dénia are El Campello, Cullera, Elche and Oropesa del Mar, despite the fact that the final objective is "That all Valencian municipalities with a beach have at least one without smoke"Navarro has indicated.

The representative of the Valencian Federation of Municipalities and Provinces stressed that the program is "A way to sensitize the population, not a punitive measure, through which we will try to make users understand that it is essential to be able to enjoy beaches without smoke".

The mayor of Dénia has been enthusiastic about the initiative and has ensured that this first smokeless beach in Dénia "It is only the beginning and it will not be the last in our city."