Around 150 people demonstrated in the afternoon of Friday 20 of November in the exteriors of Denia hospital To claim to the Consell that the health reverts to public hands. The Platform in Defense of Public Sanitation, Organizers of the event, had the presence and support of the White Tide In their protests, as well as of several neighbors of the region.

In a manifesto, the Platform stated that "We are not willing to remain still before the blockade in which we are". In this regard, they proposed a meeting with the Xarxa d'Alcaldes of the Marina Alta to "design among all an alternative roadmap to that of the Ministry that includes as a final point the reversal of the administrative concession of the hospital to public affairs".

At that meeting they will also propose the setting up of a commission to monitor the actions of the Conselelria de Sanitat in the Marina Alta with access to the audit "What the Department says it has begun", As well as to all the actions of the commissioner, and that is marking the rhythm of his actions. 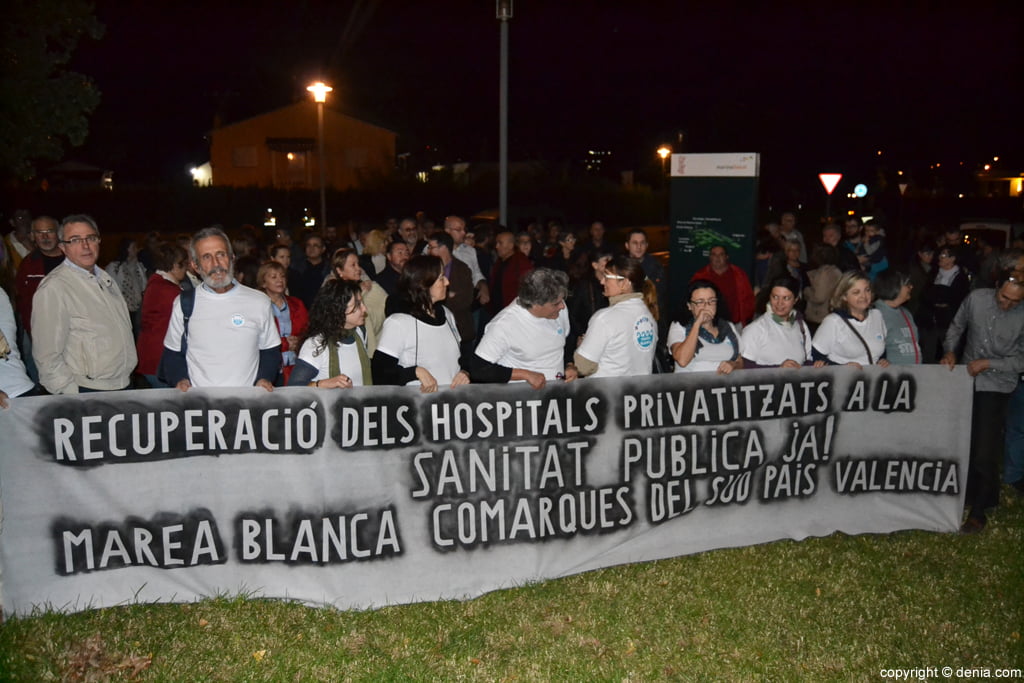 Then, a representative of the White Tide denounced through data provided that the health in our region is "more expensive" That in other regions of Valencia and "worse quality".

The concentration was developed in a peaceful way in the garden area of ​​the hospital, and ended with slogans that demanded the end of the administrative concession. In addition to the Platform and the White Tide, were also the mayors of Els Poblets and Pedreguer and the councilors of the City of Dénia Marian Tamarit and Josep Crespo (Compromís).

Phase 2 in the Marina Alta: what can and cannot be done starting Monday?
May 29 2020