small Alejandra Pastor GAVILA, The largest child faller of Denia 2016, has already practiced as such outside the city. Last Friday, before celebrating her proclamation in the City Hall, Alejandra assaulted the proclamation of the Bellea del Foc Child of Alicante, Daniela Guzzardo Gonzalez. 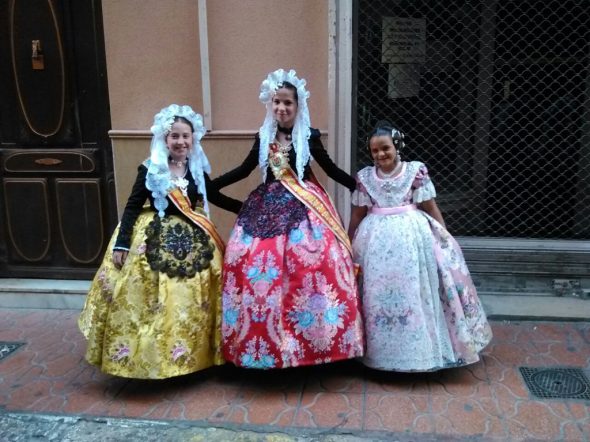 Alejandra attended the ceremony accompanied by the president of the Local Board Fallera, José Antonio Monsonís, To the act that was held in the Town Hall Square and announced to Alicante and the whole Comunitat that the little Daniela is the new Bellea del Foc Child.

Daniela was accompanied by her six bridesmaids and experienced one of the most special moments with the words of his exalting, Juanvi Aznar Soler, company management silks and traditional fabrics Vives and Marí. 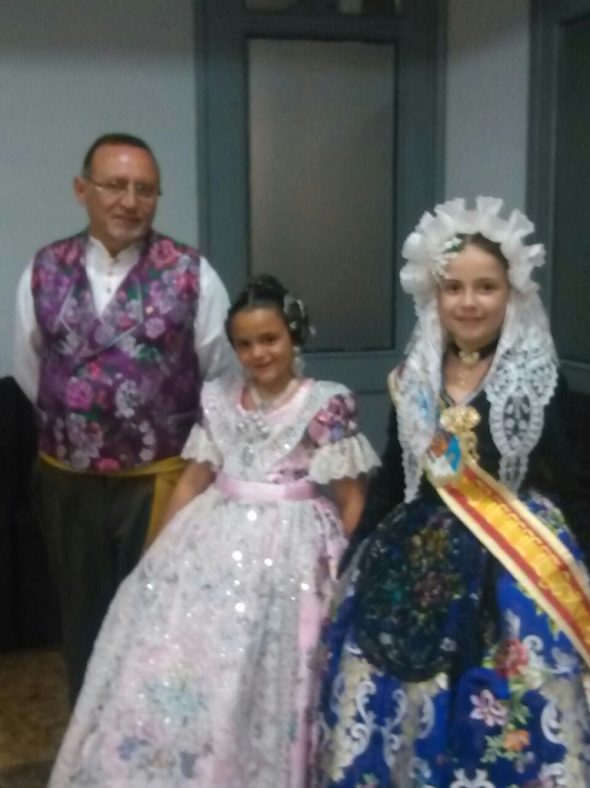