It all started one day when two friends were running by It montgó. "He had been unable to continue doing what he had been doing until now, take care of trees. He did not want to stay at home and had detected a need in his sector. Professionals like him needed a management tool that was easy to use, that they help each day to communicate with their clients, to know how much they earned from the work they did and to provide a personalized and individualized service to their clients, always putting them at the center of all the information ", tells one of the founders of the Focus360º project. 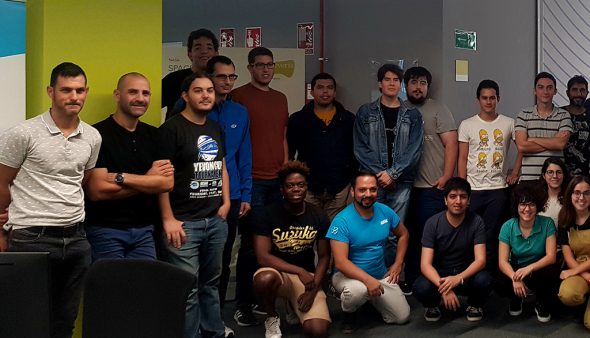 They started two, Fernando Chico and Sergio Salort, who soon joined a computer to make the App a reality and, later, several more workers to support that idea. Now, the application gets its reward for being selected by NASA's Space Apps Challenge 2019 contest. The idea of ​​this event is to discover young talents willing to develop computer solutions to "global issues".

The improvements offered by the Focus360º app are in terms of fire management, improvement of air quality and even the fight against the presence of garbage in the oceans. All through this app that manages official and unofficial information to facilitate the activities of professionals. Their multidisciplinary formula led them to obtain, in addition, a Special Mention thanks to the fact that they covered 3 of the problems that the organizers of the contest raised with the same project, while the other proposals were to combat only one of the points.

If they manage to pass the last round, already internationally, they will be able to present their project to NASA at the facilities of the space agency itself.