Motherhood, that happy moment every mother wants to share

Motherhood is one of the experiences that mark a before and after in the lives of women around the world. The treatment of both moms and babies in the early days is essential, therefore, to see first hand experience, we have met with Isabel Campo, a resident of El Vergel, who has given birth in hospital Marina Health. This new mother has explained the process and the care provided by the center.

"It was very simple, I have given many facilities in the hospital. We are very happy with the care and hopefully not the last birth to enjoy in Marina Salud, because we will try again"He said the happy mother moments before discharge from the hospital.

"I broke water but I did not feel anything, not even contractions, but we decided to come to the hospital to see what happened. When we arrived, I was in labor, but I had to be induced with oxytocin because they did not want contractions because they did not have contractions. At seven o'clock Eva was born"Says the proud new mother holding in her hands the little Eva, born a few days earlier. 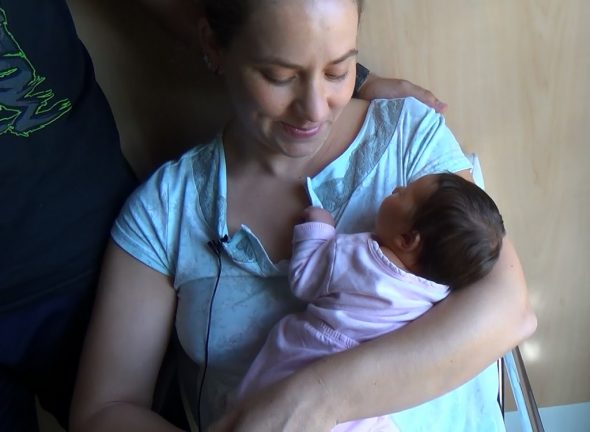 "At the end there were four jostling in the same bed in which I was and am very happy because I had to not move from there. Nurses came every five or ten minutes, so I was very well attended. "The new mother has been very happy with the deal and the experience in Marina Salud.

Marina Health, which recently signed an agreement with Grup Nodrissa to encourage breastfeeding, advised the new mother in the early stages of this beautiful process. "They have helped me a lot, the nurse from the first moments explained to me the process, how I had to place the girl ... Then she was explaining the ways in which I could place her and then another nurse came to the room to explain it better and See how he wore it, because it seems easy but it is a little difficult. They explained it to me very well and I have come to them in everything I have had problems and they have treated me very well." 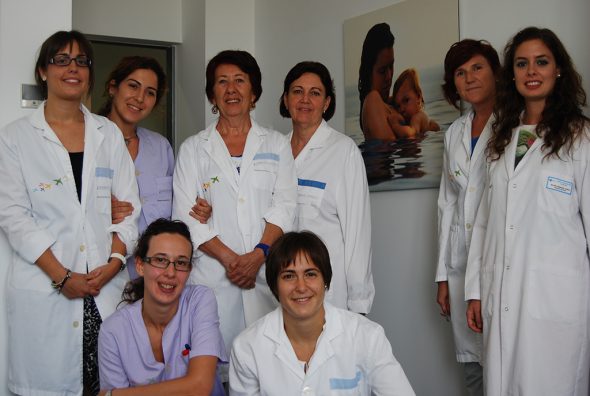 They were born in 2014 1.118 total children in the Marina Salud hospital. In the 2015 period from January to late July, 644 babies have started life in this hospital. Everything indicates that at the end of the year will be an increase in babies born in Marina Salud.