MACMA distributes the new cultural map of the Marina Alta

Almost two years ago, on the eve of the IV Marina Alta Fair with the 5 senses: The view, our landscape, MACMA presented the cultural and heritage map of the Marina Alta: a visual synthesis of the region that, on the one hand, presented the current communications map and, on the other hand, summarized through icons and layers the joint heritage of the Marina Alta. A project agreed between all the municipalities and Tourism departments of the region that meant the materialization of an own cartographic resource and that has a didactic potential that has been explored both in the educational centers and in the towns of the region in successive presentations of this initiative to raise awareness of the territory. 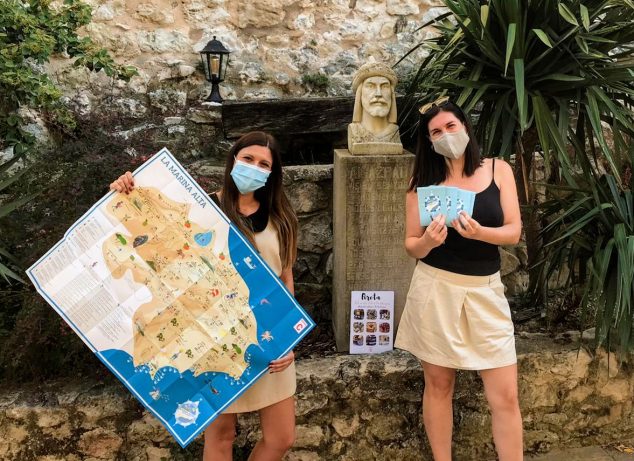 Cultural map of the Marina Alta

The map has been reissued this year in block format and with a total of more than 25.000 units to offer a more versatile and practical format, especially in terms of the use and dissemination of material that has just started this week.
to be distributed to the municipalities of the region within a campaign of technical advice in the municipalities in charge of the MACMA Heritage technique, Nuria Gómez Bolufer.

And it is that from the Commonwealth the distribution of the maps has been used to visit the municipalities of the region and inform and advise them on the services and the current work plan of the Commonwealth, which includes interventions such as the dossier Handmade, Made in the Navy: a project for a regional artisan fair and land market that will be presented shortly and which synthesizes the development values ​​of the territory that have been explored in the five editions of the regional fair.

It should be mentioned that the map will be completely distributed during the following days of July to all the towns of the region coinciding with the start of the summer tourist campaign marked by the imprint and restrictions of COVID-19. A complex framework before which MACMA has opted, as established by the statutes of the organization, for cultural and sustainable tourism by means of powerful symbolic tools such as the heritage map.