The eighth round of the Acydma regional league had an unexpected guest, the rain, which forced the suspension of four games before regulation time. Even one of them did not even begin. The meetings Reale Seguros Ginestar-Dorian Gray and FS Moraira-Constr. Z Denia, did not get to dispute since the tracks were in poor condition due to rain previously fallen. 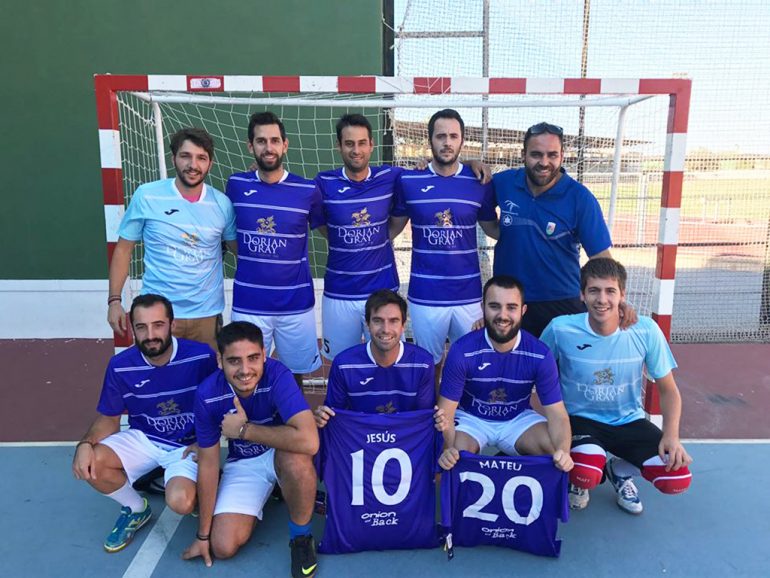 The suspended games were the one played by Els Poblets against Il Fratelli, who stopped with fifteen minutes to go, with the score favorable to the locals by the minimum. The other suspended party was the one that faced the AD- GroupSeyma and Llobell de Ondara House. There were eight minutes to go when the referee sent the players to the locker room with a score from 4 to 3 for the AD-Seyma Group.

As they were unable to play their Reale Seguros Ginestar match, the day was taken advantage of by H. Nou Romá and Bodega Aguilar to continue as leaders after winning in their respective matches. The hotel team won with more problems than expected to La Xara Futsal by 6 to 1. Despite the final score, the Xareros held very well until the middle of the second period, then sank physically fit 5 goals.

Bodega Aguilar solved his clash against Bar Cal Nay who won by 3 to 0 thanks to being more ambitious in the face of the rival goal. The successful auctioneer of the Ondara players earned them a victory that allows them to continue at the top of the standings.

Hairdresser Stilos Rafol and Maxin Sound of Ondara played a great game in which the protagonists were the two goalkeepers Jaume Ramis on the part of the Rafol and Joan on the part of the ondarenses. After a first half equalized, in the second the team of Rafol turned on the rival goal scoring two goals that served to win 3 1.

The set of Rte. Miguel Juan prevailed by the minimum to the Balearia team, in a match that had many alternations in the score and that ended with the result of 5 to 4. The same score was the one that occurred in the match between Fustal Pedreguer and Paidos Dénia While the pool team Denipool beat Barcilla Barcilla by 6 to 1 without problems.

The trophy for the "scorer"He is led by Juan Alfonso Sivera of the Il Fratelli team with 15 goals. The top scorer team is Reale Seguros Ginestar, with 49 goals, and the least scored, Bodega Aguilar de Ondara, who has only conceded 9 goals.

Classification of the Acydma League after the eighth round