The county Veterans Football League will begin on September 8

The Valencian Association for the Practice and Development of futsal, organizer of the local Veterans Football League has announced the first day of the championship. A league that has a start date of next September 8.

El Vergel - CD. Latinos, Calpe Veteranos - Friends of the World, Estruch Sport - Don Jamón Brewery and Ferrer Tennis School - Oliva Veteranos.
Being an odd number, in this league all days have a team that will rest. On the opening day's turn to Veterans Pedreguer.

. There was also preliminary stage draw for the Cup tournament pairings that came out of it were; International vs. CD. Latinos, School Tennis Ferrer against Colombianos FC, and Veterans Pedreguer against Construcciones Ricardo Mañas 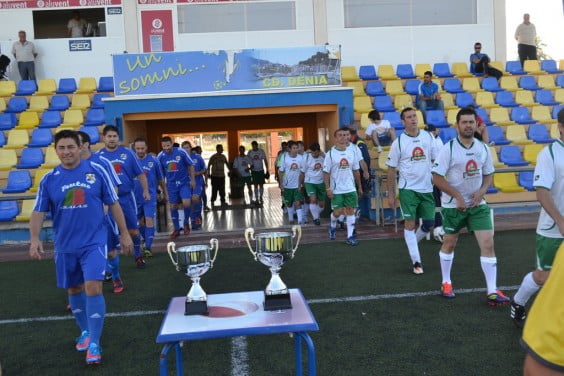