In the regional league ACYDMA they could only play two games

The storm of wind and rain shaped the 16ª day of the regional football league organized by ACYDMA. Only two games were played obviously were played indoors. 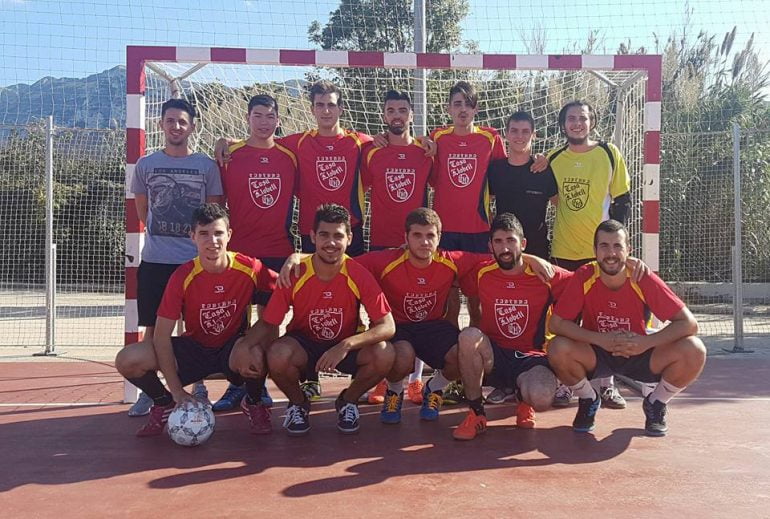 In Hall of Ondara an interesting local duel between Maxim Sound and Casa Llobell lived. Red lantern until this day, Maxim Sound, put a lot of intensity in the game and managed to win their first game in this league, defeating his rival 4 3 to. With this victory he leaves the last place, although their closest rivals in the lower area have played a game less.

The other game was played at the Pavilion Bar Cal Beniarbeig between Nay and Futsal Pedreguer. A duel was very even as the final score reflected, draw two. A fair distribution of points that leaves both formations in the middle of the standings.

From the Marina Alta Cultural and Sports Association, organizer of the local futsal league has been communicated to the teams that no date for recovery of postponed matches. You will start to recover those meetings pertaining to the 12 and 14 days. 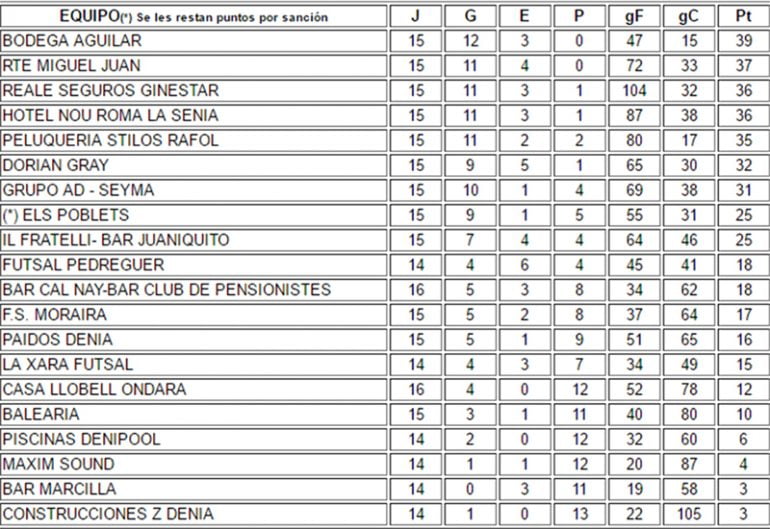