The Fallera Local Board asks the authorities to set an example and allow in 2021 to celebrate Fallas 2.0

This November, Fallas de Dénia celebrate the 4th anniversary of the Declaration of the Intangible Heritage of Humanity Fallas by UNESCO. Festival that transforms the city of Dénia every March into a scene of art, light, noise, flowers, traditional clothing and festive criticism with the traditional 'ninots'. 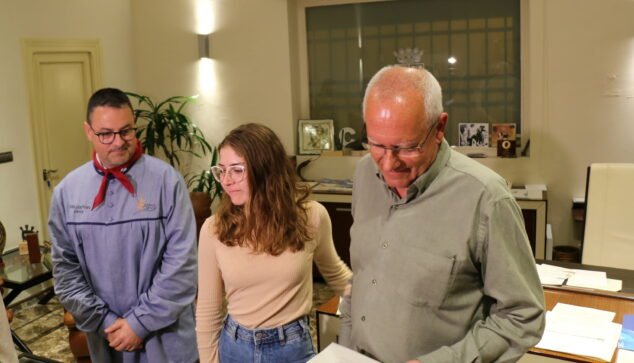 "It is true that we all want to be able to celebrate Fallas acts, in fact, we wanted to celebrate a traditional act behind closed doors. An act where the public was made up of Local Board Fallera, Falleras Mayores de Dénia and courts of honor, presidents and presidents of the fallas, where they would receive a deserved tribute and more seeing that weddings, baptisms and communions are already being celebrated, complying with security measures ", they announce from the Local Board.

They also affirm that, a priori, the Fallas collective can be controlled, but the public that turns around those acts is very difficult to control, especially when there is going to be a cridà, a mascletà, the offering of flowers to the Virgin Mary of the Helpless, etc. "Although they are not held as we knew so far, we ask for the help of local authorities and the State security forces and bodies to control the capacity in what we can carry out".

The Local Board seeks to include the fallas in the new normal, what they call "Fallas 2.0", with which they will experience different but no less fun failures than in other years, respecting the pandemic situation at all times. "But those who have to set an example ... are not the failures. The failures have been completely stopped for 8 months: they have already set an example of what it means to completely stop their activity. They are simply looking for a moment to resurface, slowly, and responsibly".

"It is important not to let culture die and support it. Without any type of ambiguity: poetry, theater, music, cinema, photography, gastronomy ... everything. But at least, we can also defend that customs and traditions do not disappear , nor the party. Because a town is richer the richer its culture. Also the «popular culture». Also the businesses that depend on it ".

From the Fallera Dénia Local Board they appeal to tranquility: "Our idea is to celebrate the 2021 Fallas by adapting them to the limitations established by the health authorities in the face of the Covid-19 pandemic. We will work with different alternatives, we will propose several program options, with the aim of being able to end 2020 Fallas, and give a new Fallas 2021 ".