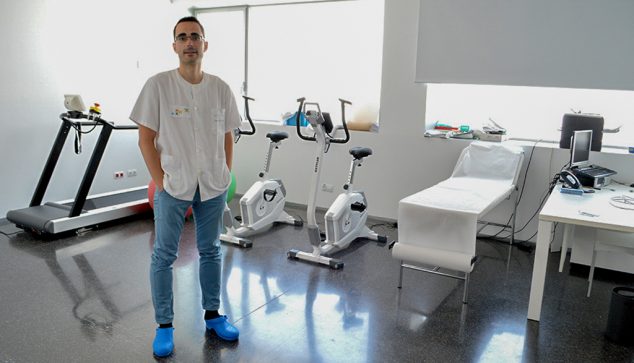 The day, which took place around three thematic months, addressed issues such as coordination with Primary Care, peritoneal dialysis as a medical treatment of heart failure, cardiac rehabilitation, the role of Nursing in palliative care or social networks as a source of knowledge in the field.

For Ainoha Larumbe, nurse responsible for the Heart Failure Unit of the DSD, “These units are essential for the correct monitoring of the patient, self-care and the identification of symptoms. This coordinated and multidisciplinary work avoids a very important percentage of readmissions. In the case of our DSD, the reduction in readmissions of 2018 with respect to the start of the unit in 2016 was 12,1%. Throughout 2019, the reentry for IC was reduced by 17% compared to the previous year, which supports the importance of co-ordination and the key role of nursing in this pathology so prevalent ”.

In this sense, adds Larumbe, “Coordination with Primary Care is also a key piece and, one of the best developed protocols, was brought by colleagues in the Alcoy Health Department. On the other hand, the cases of patients admitted to the Home Hospitalization Unit, were exposed by the Dénia team, a reference in that field ”.

The Marina Alta adds 18 new infections in the last week, compared to 14 the previous week
May 24 2020
Leave your comments