The Civil War in 72 photographs: the generous donation of Dr. Manuel Usano's family to the Arxiu Municipal

Dr. Manuel Usano Martín was a young doctor who, at the outbreak of the Spanish Civil War in 1936, voluntarily enlists in the popular anti-fascist militias and is assigned to the Salesian headquarters, in Valencia, a city where he had lived with his family for years and where he studied his career. Dr. Usano lived the war on the fronts of Teruel, Málaga, Almería, Córdoba and Madrid, first as the medical captain of the Juan Marco battalion and later as chief of health of the International Brigades, with the category of major. 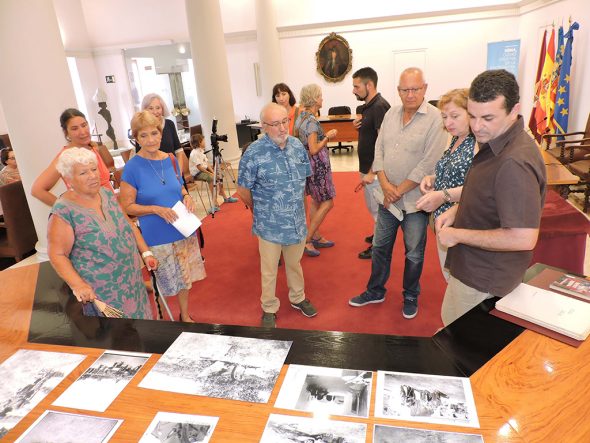 As a good fan of photography, he was capturing with his small camera images of the daily life of the Juan Marco battalion, incorporated in February from 1937 to the XIII International Brigade, the same where the more than 70 Dianenses volunteers enlisted in defense of the Republic served .

Last week, the doctor's daughters, Mireya and Maricel Usano Crespo, signed with the city’s mayor, Vicent Grimalt, in the presence of the Councilor for Culture, Raúl García de la Reina, the 72 donation agreement for these war photographs to the Municipal Arxiu of Dénia, “So that they are stored here and used in memory of all those who were reprimanded, exiled and who gave their lives to defend democracy”, in the words of the youngest daughter, Mireya. 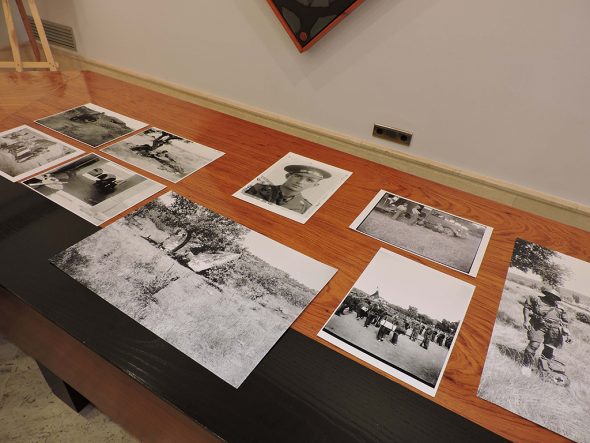 Mireya Usano reviewed her father's life path, linked to the city of Dénia for love and friendship. At the end of the war in the 39, Manuel Usano leaves Spain for France on a hospital train with his wife, Rosa Crespo Giner, nurse of the front and daughter of Dianenses, and her month-old daughter Mericel. In France they will get rid of the concentration camp thanks to the Argentine nationality of their wife and after a year's stay in Bordeaux, they will be exiled to Colombia, where Usano will work as a professor at the university and his second daughter, Mireya, will be born. The next destination will be New York and work in Pfizer laboratories until the year 1962 when the family returns to Spain.

That year, the Usano will visit Dénia due to the doctor's friendship with the pediatrician Juan Serrano. The following year they already occupied what will be their summer home until today, L'aiguadolç, at the end of Les Rotes. The link with our city remained until the death of Dr. Usano, whose ashes, along with those of his wife, rest in the bay of Dénia. 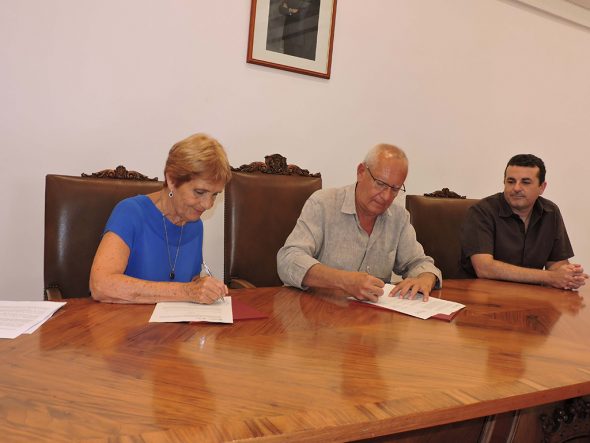 Dr. Manuel Usano's war itinerary coincides, as reflected by the destinations and dates of his militia card, with that of Juan Bertomeu Ramis from Dianense. If Usano reflected his day-to-day front in his photographs, Juan Bertomeu did it in his memoirs, entitled Municipal Deposit. The mechanoscrit was donated by his son, Pep Bertomeu, to the Arxiu Municipal and published in print five years ago.

The relatives of Bertomeu have attended the act of signing the donation and have received, from the hands of the daughters of Manuel Usano, the reproduction of one of the photographs in which the doctor appears with militiamen of the 2. Juan Battalion Company. Marco to which the Dénia volunteers belonged.

The photographs that make up the Manuel Usano fund are presented in various digital formats and some paper copies and it is almost a miracle that such sensitive material has arrived intact to our days after a war has passed and several transfers during the author's exile . 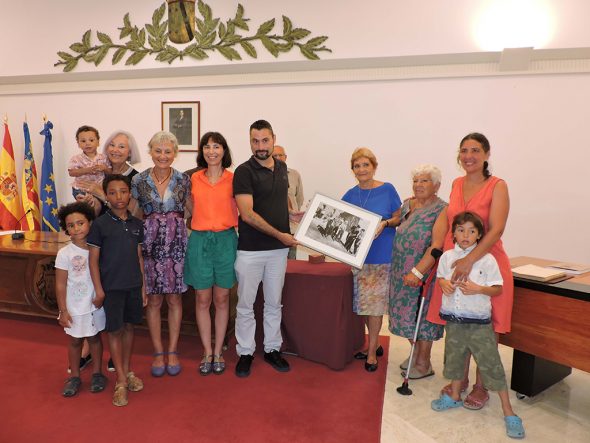 Thanks to the family's collaboration with the Municipal Arxiu, they have been able to organize on war fronts. There are, then, photographs of the Teruel front (September 1936-February 1937); from the front of the province of Córdoba (deck-June 1937), in which there is a farmhouse enabled for barracks and sanitary uses and tents of advanced sanitary posts; and from the Madrid front, with images related to the impending battle of Brunete, which marked the end of the XIII International Brigade in which Juan Marco had joined the battalion.

Two images of the farewell parade of the International Brigades in Barcelona complete the 28 October 1938 and some portraits of Manuel Usano with his wife and also the doctor José Pifarré.

In short, as the mayor has pointed out, thanks to the generosity of the Usano Crespo family, from now on it is available to everyone in the Arxiu de Dénia a material that offers a first-hand view of that episode of our history. 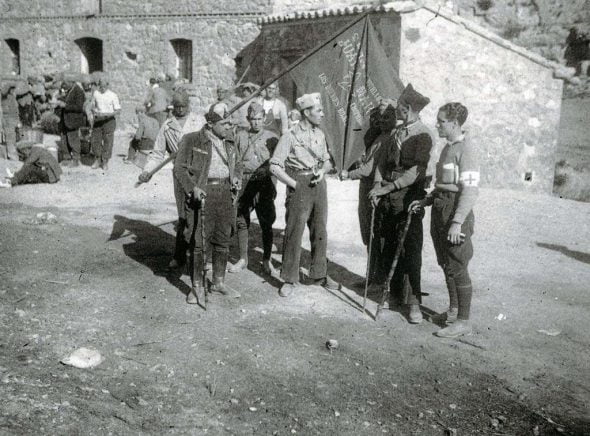 Teruel front. Controls of the Juan Marco battalion with its flag, where the motto reads: "The Red Elves". The first on the right is Manuel Usano Martín, medical captain of the battalion. 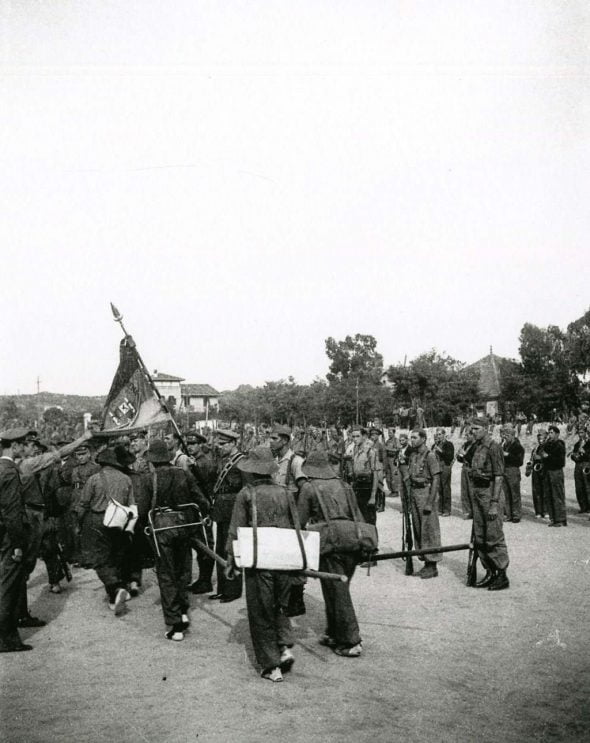 Front of Madrid, parade of the toilets of the XIII International Brigade, probably before the battle of Brunete, in early July of 1937.