The Civil Guard prevents a house from calcining

On February 06, the Moraira Civil Guard participated in the extinction of a fire that had occurred inside a house in the town of Murla. 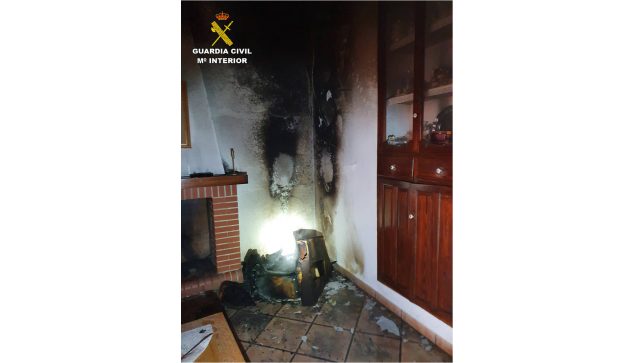 It was first thing in the afternoon when the agents received the notice that a house in that town was being burned. The owner of the house had just returned from the street when the interior was found on fire and she told emergency services.

Upon arrival, the performance of the benemérita focused on saving the lives of the animals that had been trapped inside and prevent the fire from spreading further, which would have caused a catastrophe in the adjoining houses.

When he opened the door, everything was covered in black smoke with an extreme temperature. Although under these circumstances they could barely breathe or see, they managed to reach the corner of the room where the fire had started: a burning chair that was next to the fireplace.

But the worst thing these agents found was a catalytic stove with the connected gas cylinder attached to the focus of the fire, which they had to take to the street with extreme urgency.

They also disconnected the electrical panel completely and, finally, with the help of a hose, extinguished the fire and rescued one of the owner's animals that had been trapped in one of the rooms.

With this fast and risky action of the agents of the Civil Guard of Moraira, it was possible to prevent the fire from causing much more serious damage both in that house and in the surrounding area.