The Minister of Justice, Interior and Public Administration, Gabriela Bravo, met this Wednesday together with the regional secretaries of Turimo, Francesc Colomer, and Security and Emergencies, José Maria Ángel, with the president of the Valencia Hospitality Business Federation, Manuel Espinar, and the president of FOTUR, Víctor Pérez to ask the sector to take extreme control measures on the occasion of the end of the year celebrations in leisure and hospitality establishments. 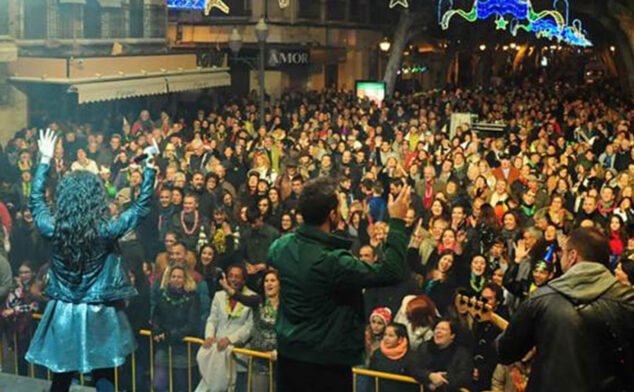 Bravo has transferred to the representatives of the sector the concern of the Generalitat for some announcements of leisure establishments in which it is reported the celebration of New Year's Eve parties during the day, with the presence of disc jokeys, and in which it remains in questioned the guarantee that the anticovid measures decreed by the Ministry of Health in recent weeks can be respected.

In fact, this Wednesday, the Conselleria de Sanitat Universal i Sanitat Pública has issued a resolution published in the afternoon in the DOGV that suspends "the performances of disc jokeys, DJs, announcers and / or the like" at parties that take place at starting this December 30. This resolution modifies article 9.3 of the resolution of the Conselleria de Sanitat of December 5, in which additional measures were agreed due to the situation in the Valencian Community caused by Covid-19.

The article states that "the activity of nightclubs, dance halls, karaoke and cocktail bars with and without live musical performances is suspended. And the performance of karaokes and sporadic or amateur singing performances in restaurants and hotels. The performances of disc jokeys, DJs, announcers and / or the like are not allowed either "

At the end of the meeting with the representatives of the leisure and hospitality sector, the Minister of Justice has sent a statement to the Valencian councils that has also been sent to the different leisure and hospitality associations of the Region before the imminent New Years Eve celebrations. The document calls for the collaboration of all municipalities so that from this Wednesday, December 30, they inform those responsible for leisure venues and catering establishments in their municipalities of the obligation to comply with the measures agreed by the health authority for the exercise of their activity.

In addition, the conditions in which this type of establishments can carry out their activity are recalled, collected in the different resolutions issued by the Conselleria de Sanitat Universal i Salut Pública, such as:

- Tables with a maximum of 6 people.

- Maximum capacity of 30% inside leisure venues and catering establishments and 50% on outdoor terraces.

- Distance between tables of 2 meters inside the establishments and 1,5 meters on outdoor terraces.

- Consumption will always be sitting at the table.

- The use of a mask is mandatory when it is not consumed.

- The closing hours of the establishments on December 31 will be at 24 hours. The rest of the days, at 23 hours.

- Smoking is prohibited on the tables and terraces of the premises when the distance of at least 2 meters cannot be respected.

In the statement signed by the regional minister Bravo, the Generalitat indicates that the municipalities, through the local police, must warn the owners and managers of leisure, hotel and restaurant establishments that non-compliance with the measures agreed by the authority health will give rise to a strong response by the competent Administration and it is recalled that the closure of the premises may be adopted as a precautionary measure.

In the same way, it is stated that New Year's Eve parties, as they are traditionally conceived, are prohibited. "are held at the time they are held." "At this time," the letter continues, "maximum collaboration and coordination between administrations and security forces is essential to ensure due control of the measures adopted.

The document ends with the Government's gratitude to all city councils, as well as to the different security forces and bodies for the collaboration and effort made to control the sanitary measures established in order to prevent the spread of Covid-19. .