Foundation Baleària starts a solidarity campaign to promote culture, which aims to raise funds to organize exhibitions and improve the situation of Mediterranean painters and sculptors who are part of its program Baleàrics. It will do so by selling three serigraphs that the Balearic painter Diana Bustamante has given to the entity.

The artist, who currently exhibits her work in the art room Els Magazinos Workshop (Dénia) managed by the Fundació, has made three graphic works (two that represent two figures with traditional Valencian clothing and a third that is the seafront of Dénia, with the It montgó and the castle), of which a total of 60 copies have been made. 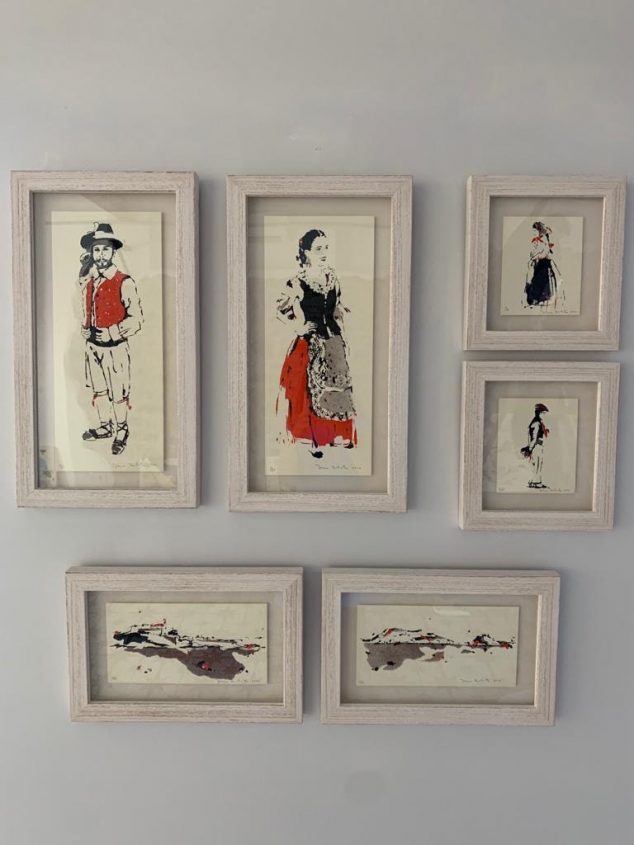 Serigraphs of the artist for sale

The works can be acquired by writing to the email fundacio@fundacio.balearia.org or in the same room of Els Magazinos. The price for the representative work of Dénia is € 60; and the two of the figures with traditional clothing have a value of € 80 separately and € 150 if both are purchased.

It should be remembered that the artists of the Baleàrics program are those whose works have been exhibited in the rooms managed by the Fundació Baleària, either in group or individual samples, and residing in the territories where the shipping company operates (Balearic Islands, Valencia, Algeria, Morocco, Catalonia, etc.). The rooms where her paintings and sculptures are exhibited are known as Culture Llonges, which are spaces where the aim is to build bridges between cultures separated by sea and joined by the company's ships. "With this we intend that the artists who collaborate with us improve their situation, since the field of culture has been greatly affected by the current health crisis", says Ricard Pérez, manager of the entity.