La Fundació Baleària From this July it will manage a new space in Els Poblets to organize concerts and other musical events. It is part of the Llonges de la Cultura program of the shipping company, which has four other art spaces in the Marina Alta dedicated to painting and sculpture. The Fundació has signed an agreement with the municipal council, which gives it the multipurpose room of Les Antigues Escoles de Mira-rosa. 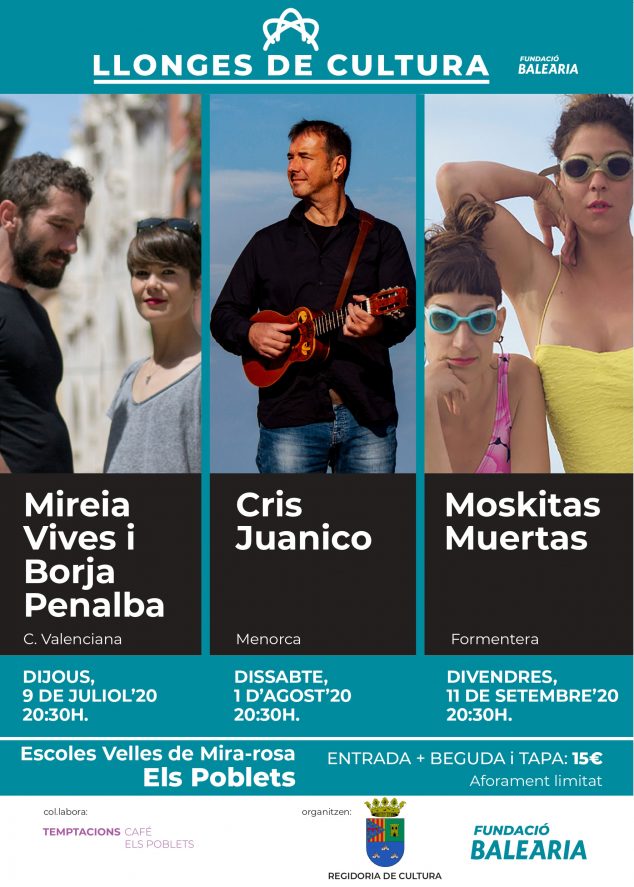 Cultural programming of the Baleària Foundation

The first concert, which already has full capacity, will take place next Thursday, July 9, by the Valencian singer-songwriters Borja Penalba and Mireia Vives. In addition, the entity has organized two other musical events: one the 1 August, in charge of the menorquín Cris Juanico, and another the September 11, by the group Dead Moskites, from Formentera.

The objective is to diversify the cultural offer of the Fundació and continue contributing to increase the leisure agenda of the province of Alicante. "From now on we will have a space available to organize all kinds of events, but especially to enhance music and thus continue to draw networks between the territories in which we operate", says Ricard Pérez, manager of the entity.

For his part, the councilor for culture of the City of Els Poblets, has been grateful to the entity: “Collaborating with the Fundació Baleària is a privilege for us. Your interest in enhancing Mediterranean culture is always welcome and will help us position ourselves on the cultural agenda. We hope this agreement will last for many years. "

It should be remembered that the Fundació manages spaces in Dénia, El Verger, Pedreguer and Pego, and in all of them it organizes exhibitions on a regular basis. The Llonges de la Cultura program seeks to create bridges between cultures separated by sea and linked by Baleària ships. Along these same lines, with the aim of promoting musical exchange, the entity has organized, during the state of alarm, up to six online concerts.