Fifteen years in the world of the party are not fulfilled every day, and fifteen years that coincide with a third captaincy in the festivities of Moors and Christians, even less. Therefore, the captaincy mora 2015, the Filà Alkamar, he celebrates it in style with the premiere of his own moral march that will identify them in the years to come.

Daughters of the Moon is the name of the creation of Dianense musician Jaiver Pinto, a story inspired by the success of Mecano piece Child of the moon Pinto has turned up arrears and was officially launched in partnership last weekend.

The act took place on the esplanade of the governor of Dénia Castle, And was attended by the festeras FILA, the 2015, Mabel Buigues captain; Captain and Christian standard-bearer, Salvador Lopez Gil and MªJosé; FEMMICC president, Josele Maldonado, and members of other dianenses filaes.

charanga He touched an OuWhich accompanies the Alkamar ahbitualmente filà, it was responsible for interpreting the arrears gear and other revelers to complete an act in which FILA wanted a detailed appreciation with the composer, Javier Pinto issues.

Mabel said Buigues "One day listening to the song of Mecano, we realized that our song was already written, that we only needed a magic touch and that is where we think of Javier Pinto. To whom I thank being the architect of this miracle". 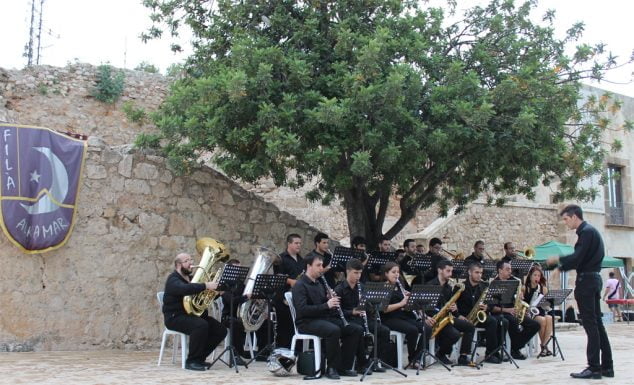 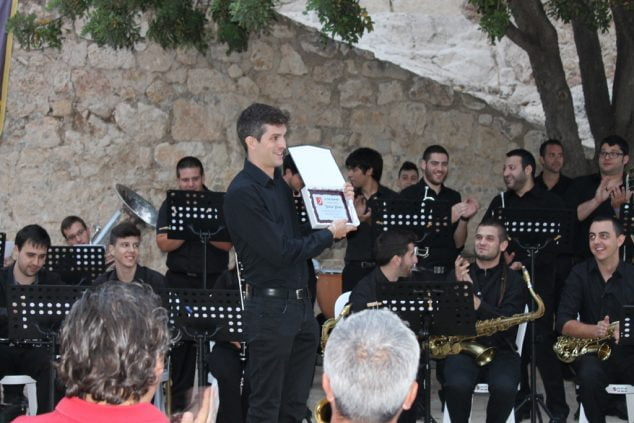 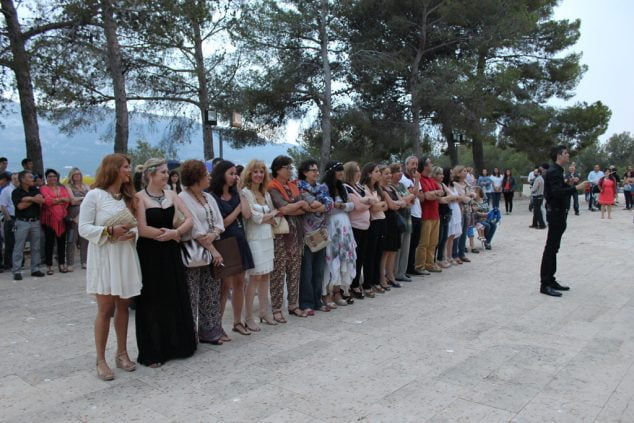