The Commission Falla West He will dress gala on Saturday February 15 dinner to celebrate their Nomenaments. This year, the youth of failure wants to bring all people linked in one way or another with the Commission throughout its history to make a public recognition to people who have contributed to the failure.

In this case awarded the Special Mention Falla to Colomina Brothers, falleros artisans who have had a path of success with the commission. Well that night the work of a faller faller active or whose name will be announced during the ceremony will also be recognized.

The gala and dinner will take place at 21h in the Halls Ona Ogisaka Garden Dénia. The price is 20 euros per person and can be booked until Thursday February 13 through Facebook, by email or by calling tadeo03@gmail.com the 655548381 (Javi).

From the West Falla encourage all eprsonas linked to the commission to attend because it will be a very emotional night. 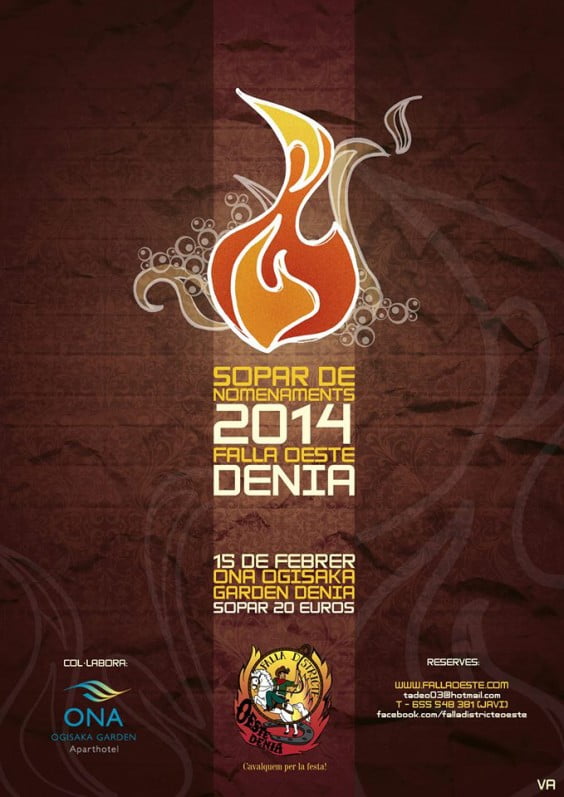