La West fails celebrates, next Saturday 18 of January, the first round table of its cycle L'Oeste tea donut nom. In order to do so, Pascual García will meet four women who have held the presidency of their commissions in recent years.

The table will be moderated by the head of the delegation of equality and expert in the subject Tania Carrió. 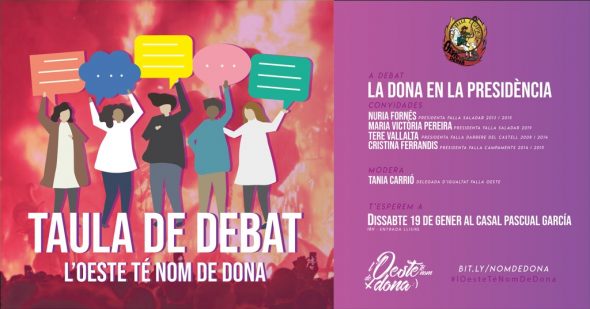