A few weeks after the streets of Dénia are filled with Fallas monuments, the commissions of the city finalize the details so that everything looks perfect. Last weekend, the Les Roques fails He traveled to Sant Vicent del Raspeig to visit his fallero artist, Patxi, who works hard in the creation of the big monument, Vaja parell of two!. 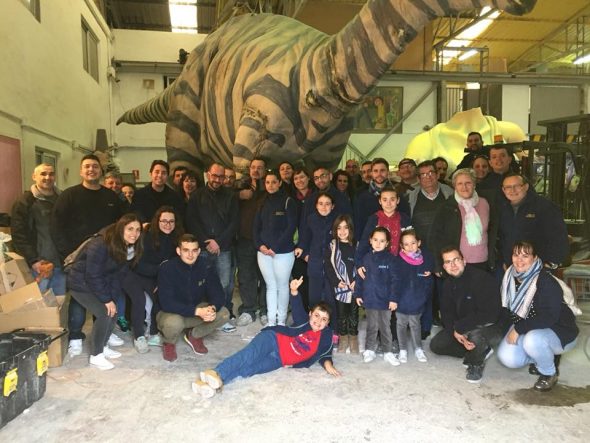 The next March 16 the monument will be a reality at the intersection of Avenida del Cid and Calle Sant Narcís, in the oldest neighborhood of the city.

A location that last Saturday was the scene of the fallero side, by the faller Gemma García Juan. Ascent to a pedestal, he made special emphasis on the inconveniences that are causing the fault in the redevelopment works of San Francisco Street, access to the Castle.