During this Christmas season, the sporting activity makes a break in terms of competitions. In the case of Dénia Básquet Club, the teams from your school have shown great potential in this first part of the League.

On the last day, the male fingerling level 3 He played in Gandía and won the match 15-57. The game was played on a small court, which meant that the Dianenses could not develop the fast and fluid game that they like to put into practice so much. 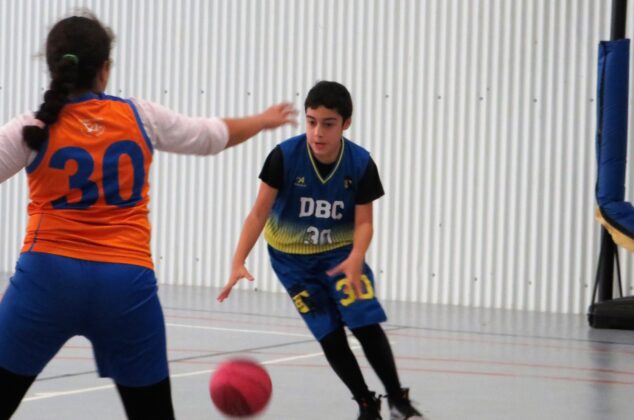 Encounter of the male Alevin that wins in Gandia

Dénia's team, however, knew how to organize itself in positional attacks and ended up finding a way to score, by knowing how to generate spaces and advantages where to score points.

The intense defense they put into practice was decisive to finish beating the locals, giving us enough advantage in the second half to ensure victory.

El female child level 3 He played the match on the last day at home and won with a score of 52-27 against EEM El Verger. The girls faced the undefeated leader of the competition, before whom they came out very motivated and willing to compete. From the start, the excellent one-on-one defense and the constant pressure on the passing lanes allowed us to command on the scoreboard. 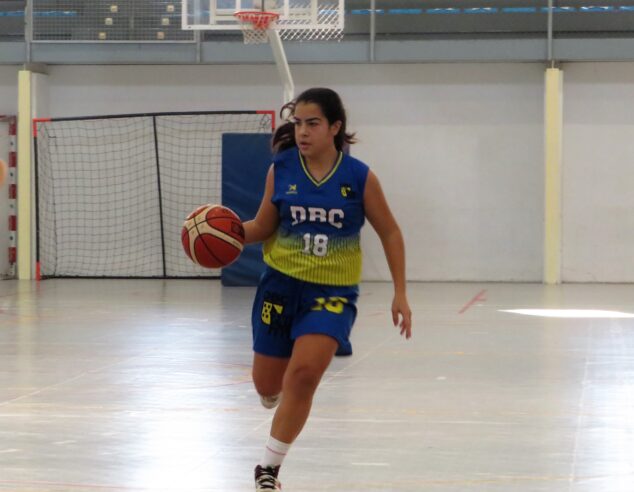 In the second half, the pressure in the opposing court and the good decisions in attack served to break the game, gradually increasing the advantage until even exceeding basket average particular, in an extraordinary meeting of the whole team.

El male child level 2 he also won in Gandia 70-67. The UPB Gandía and DBC repeated the same script from the match that they played in Dénia in the first round.

The match was evenly matched at all times, with moments where it seemed that the Dianenses could take off on the scoreboard and that they wasted making specific mistakes that prevented them from achieving it. 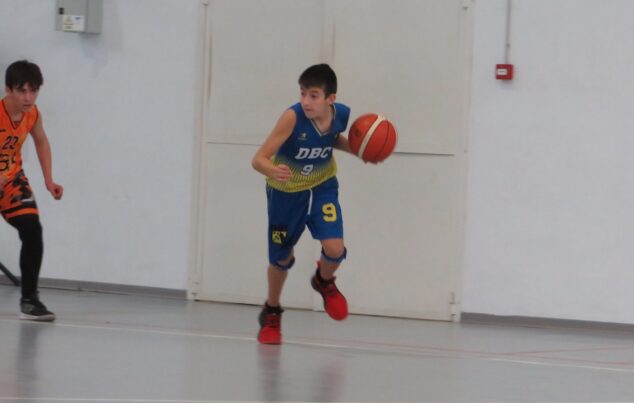 The male Infant played in Gandía

The game was resolved as it could not be otherwise in a heads or tails. The locals went ahead and forced the visitors to a final attack in which they did not score the triple that would have forced the extension.

Last game of the year that leaves this group in a great upward and positive line, adding experiences and maturing in the game.

El Male child level 1 lost at Horta (46-65). This last match of both the year and the first phase of this regional Level 1, competition that circulates ahead of the rest of the levels to respect the FEB calendar and link with the Spanish Club Championships that hopefully this year it will be possible to organize.

The team continues to show the upward trend of recent weeks. The improvement in defense, rebound and pressure output gives us a consistency that makes us look like a completely different team from the one that started the course. 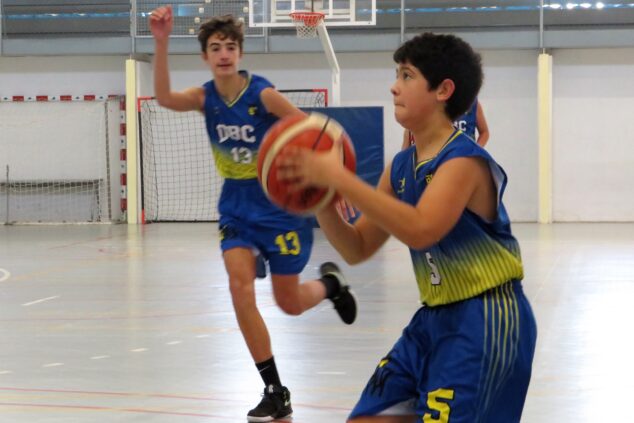 In this way it was possible to compete from you to you. The 40 minutes of the meeting against the leaders of the group, a team that closed the score at halftime in the first leg. In the absence of 6 minutes to finish the match, the distance was only eight points, having the Valencians to give their best to sentence the game by distancing themselves until the final whistle.

A good dose of confidence for the boys in order to continue progressing in the preferred championship in the second part of the season.

The DBC Level 3 Female Cadet. This team competed against CD Paidos the score being 31-42, so the dianenses lost. 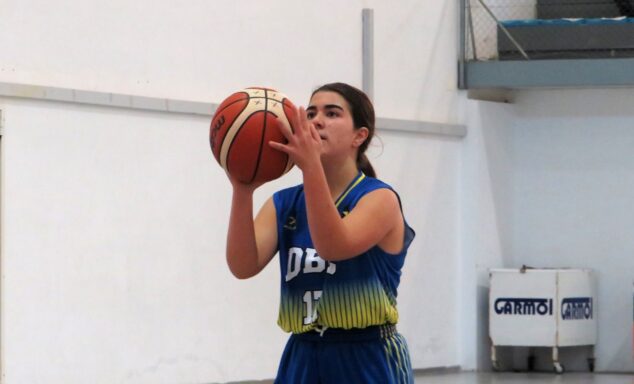 It cost us, as in the first round in Joan Fuster against this same rival, to enter the game in the match with which we said goodbye to 2020. A few first quarters with little rhythm and many turnovers were reflected on the scoreboard with a low score by both contenders.

Little by little we were improving our performance and beating the locals, increasing with our hearts a difference that assured us a very important victory to be at the top of the classification.

We managed to put into practice a large part of the work that has been incorporated into the group in this first part of the season, and the truth is that we are taking a leap in quality as a team that allows us to arrive with great optimism at this Christmas break.

Level 2 Female Cadet: DBC 66-46 Terralfas. The rapid defense-attack transitions gave the scoring solvency enough to distance ourselves from the rivals, despite the fact that we were still not regular throughout all periods as in previous matches. 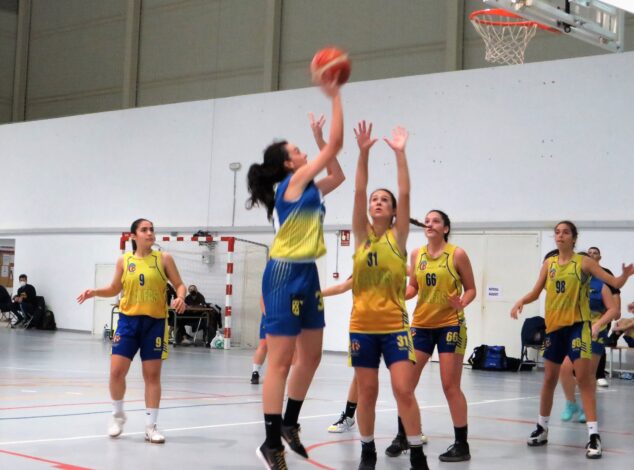 The team is working very hard to improve off-the-ball play and the occupation of spaces in its positional attacks and although it is increasingly effective it must continue to minimize errors in its shots near the basket. That and the increase in defensive intensity should lead to raising the level in the team game and they can enter the second phase of the season with good feelings.

El female cadet level 2: DBC 42-61 Cabo Mar. The year 2020 closes facing the first classified of the group, a team that closed the minutes in the match played in Alicante in the first round.

It was possible to always be in the game, competing at all times, except for the third period with five minutes that were very long in which a 0-18 partial that marked the differences until the conclusion of the clash. 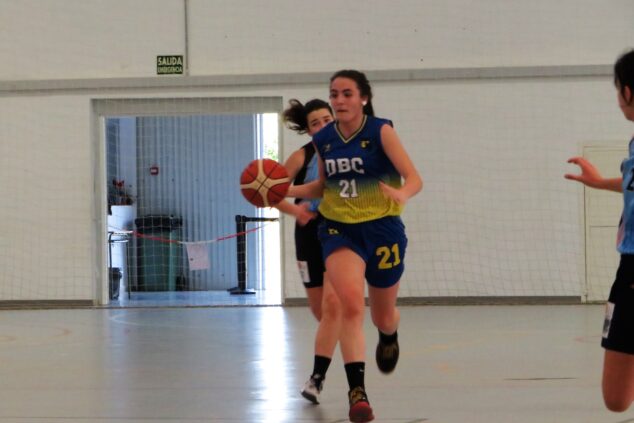 Encounter of the female Cadet who lost to Cabo Mar

I step forward despite everything for the team that learned in this meeting a valuable lesson to continue growing during the course, being aware that they can be at the best level in the league if they join forces and become more constant thanks to the work they do. does in the workouts day to day.