Emotion presided over the Colombian victory over Ecolatinos (2-1)

In the Comarcal Veteranos football league, the duel between Colombians and Ecolatinos played in the Field Diego Mena It was very even. The emotion was present throughout the entire meeting, which ultimately fell on the side of the Colombians. A win that allows this formation to be in the comfortable part of the center of the classification. 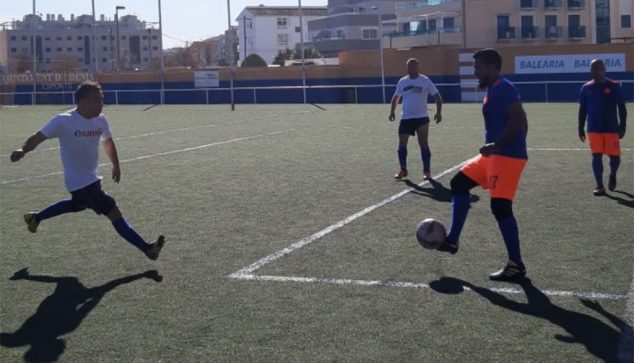 Party between Colombians and Ecolatinos

The leader Kamarca Dénia had to put on the work jumpsuit to bring Gata de Gorgos the victory against ¡Basta Aceite, which he defeated 1 to 2. The Dianenses continue as outstanding leaders in the classification by adding 68 points.

The Denigrés team follows in the footsteps of the leader expecting some stumbling block and fulfilled his role as favorite against the CD Jávea Veterans whom he thrashed by 4 to 0. Another of the games that resulted from the most disputed was the one played in Oliva's “El Morer” field where Oliva Veterans were used thoroughly to beat Veterans Pedreguer by 3 to 2.

Something simpler was the victory of Jakarta Jávea over Calpe Veterans that ended with a victory for those of Xàbia by 4 to 2. While Dénia Veterans also added a comfortable victory over the Dorian Gray by the 3 0.

The most extensive goals of the day were in the Ondara-Reparauto matches, with a 7 to 1 for those of Ondara, and in the Moreno and Transilvania Group Ondara, with victory for the Calpinos by 8 to 2.