The Dianense duathlete, Andrea Fernández was second in the duathlon Manises

Multiesport duathlete of the Marina Alta, Andrea Fernández Castelló was second in the duathlon held in Manises, in the category of Female Cadete. The other representatives of Dianense club had a great performance.
This duathlon is the fifth day of the XXXI School sports, organized by the Generalitat Valenciana.
Tests were conducted from the cadet, to Benjamin within Duatlón Cros mode. A test was very well organized by the Club Tragaleguas.

The Dianense was the best in the first sector of 2.000 meters race walk with a time of 7 59 minutes second. It was in the second sector where he missed the victory. Sharon rival Belén García del Tragaleguas, imposed a strong pace in the cycling race, he could not go on, Andrea. Valencia gained an important advantage.

In the last sector of 1.000 meter footrace which was the best time made Dianense but did not get enough advantage to hunt the local athlete. Sharon was the best Belen Garcia excelled in 1 6 minute and seconds to Andrea Fernández. The third place went to the Tripuçol Inma Novella. In that same category, another Dianense, Amparo Dolader ended up occupying ninth place.

Benjamin Female category, the best of dianenses was Laya Molina Aledo it ended up being fifth. Maria Toribio Gonzalez was sixth, Ana Muñoz Bertomeu was 12ª and Alba Rodríguez 13ª. In boys, Nicholas Montenegro Casey was 11º.
The next test of the Games is already in Moncada, on February 23. 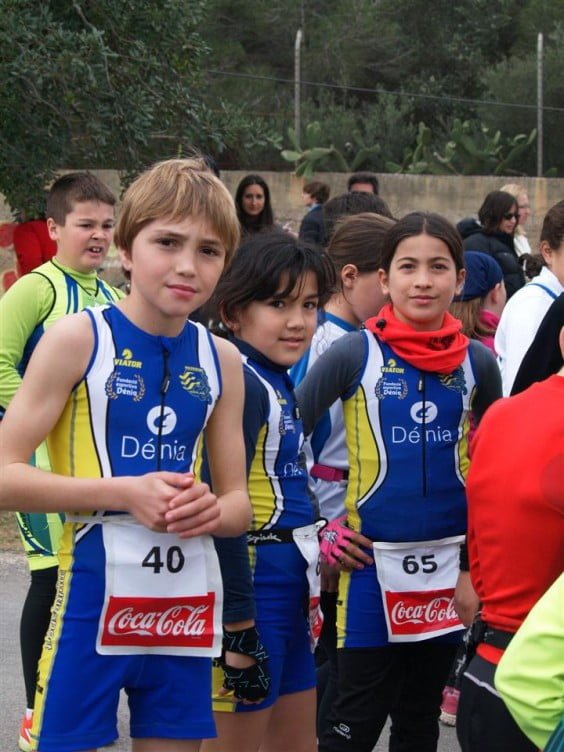 Nicolás Montenegro and Alba Rodríguez before the start of the Alevín category.