The Dianense swimmer, Ana Terencio, of the Nadopatas Valencia Club, comes to the podium in the Crossing Lake Orta that was held in Italy. He did it in the distance of Half Oceanman, over a distance of 4.500 meters. Terencio was the best in its 60 Master category and entered the finish line in the 147 position of the absolute general classification. His time was 1: 37.50.

The test was held under a great atmosphere in terms of participants and the public that did not want to miss this edition that is 2015 old when it became part of the Oceanman Championship Series, the first international swimming event in open waters. 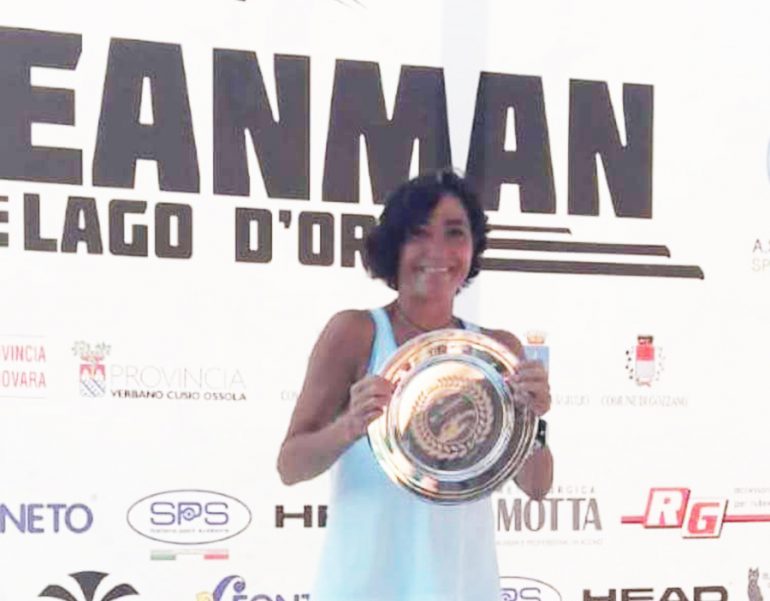 In the distance from half Oceanman, participated more than 450 swimmers who left from the Island of San Giulio to swim 4.500 meters to Lake Gozzano.

In the feminine classification in this distance the winner was the Spanish, Alba Carrillo who used a time of 1: 10.35. The second place was for the Italian, Rossella Bellomi, with a mark of 1: 10.50 and the third place was for the Ukrainian, Hanna Pasichnyk, with a record of 1: 15.59.

El Oceanman Championship Series, is a circuit that frames tests in open waters from different parts of the world. In Spain, two tests are held, one in Tabarca and the other in Benidorm. But there is also nothing besides Lake Orta in Italy, Oitylo Baby in Greece, Moscow and Socci in Russia, Cozumel in Mexico, Lake Leman in Switzerland, Krabi in Tahilandia and Langkawi in Malaysia.