The absence of goal in the CD. Dénia was evident before the At. Alginet (0-0)

El CD. Dénia He drew 0-0 in his visit to the La Ermita de Alginet field, as he was unable to score a single goal against a rival who knew how to contain the yellow attacks especially in the final stretch of the match. 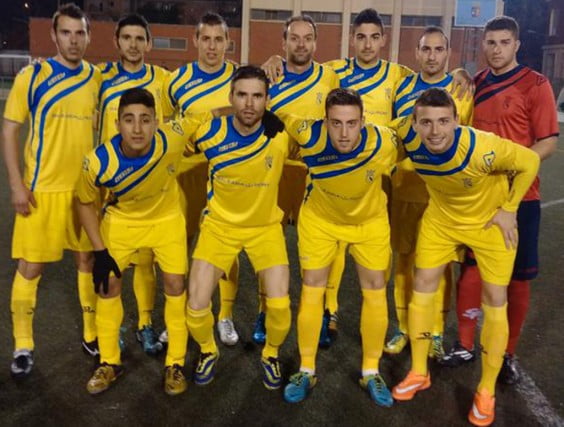 The game started with good feelings in the team coached Jesús Moratal. Visitors took over the ball game with a fluid attempted to penetrate both sides. When the ball was centered to the auction came good Valencia defense that prevented the top front dianenses clearly on the goal by Jordi defended.

After that promising start Dianense, the locals were pausing the pace of the game. mastery of his rival were released and the match was balanced in the central area. With the passage of minutes the balance tilted towards the local side and this caused its first arrivals to the goal by Maxi defended.

In the 31 minute, one of those arrivals Dianense ended in penalty area by shooting down Mario. The launch was executed, Aguado and the ball Dianense luck to hit the post. This notice awakened Moratal those who returned to step on the opponent's area. Mono had a chance to hit and not to mark Carlos Ribes in a free-kick Jordi did work. Break was reached with the goalless draw.

In the second half, Moratal left the dugout to Josep ushering the youth Quique Sirerol, who debuted in the first team. The CD. Dénia pressed in the opening minutes but the home defense foiled all attempts. Gradually, the game refocused on the center barely arrivals to the area.

72 minute was sent off in local, Cristian, the CD. Dénia had time to try to get a goal. The dianenses took a step forward knowing what was at stake. His dominance was total, locked the At. Alginete in your area, but missed goal. Neither Faye nor Souhé, or Mono, and Michael got it right in their shots.

Nor did the whole Marina Alta much luck with the referee because arbitrarily did not see two clear penalties in the local area. This despair even more to the Dianense expedition which saw him eventually escaped two vital points in their fight against relegation. Now the team will not return to competition until next March 29 when you get home to Massanassa CF.