The Spanish Cancer Association Says No to oil exploration

Dénia local board of the Spanish Association Against Cancer has signed the document support against oil exploration in the Mediterranean. In this way, it adds to the DéniaDiuNO campaign launched by the Dianense council.

The act of signing the document has been chaired by the mayor, Ana Kringe who has received the representation of the association led by its president, Pablo Segarra that have accompanied the vice president Magda Blasco and members of the entity; Sunday Peña, Virginia Pool, Juana María Noguera, Javier Seguí, Alicia Sáinz and Cristina Amengual. 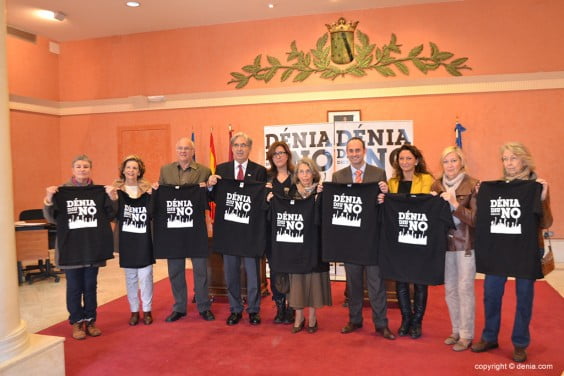 Kringe has commented on the report of the General Directorate of Sustainability of the Coast and the Sea of ​​the Ministry of the Environment in which oil drilling in the Gulf of Valencia is discouraged because of its potential negative impact on the marine fauna of the area.

The mayor has indicated that the Xarxa d'Mayors of the Marina Alta has had no direct knowledge of the report and announced that in the coming weeks shall conclude a meeting with Vice President of the Consell, José Císcar, to address these developments and their potential impact.

Generalitat expects 4.000 doses to be administered per hour at vaccination points such as Dénia
April 19 2021