The field of Rodat lived a great atmosphere during the women's league match played by FB Dénia and Elche CF, which ended with a fair tie to three. The two teams came out with the healthy intention of taking maximum care of the ball. They always looked for short combinations without abusing direct play. 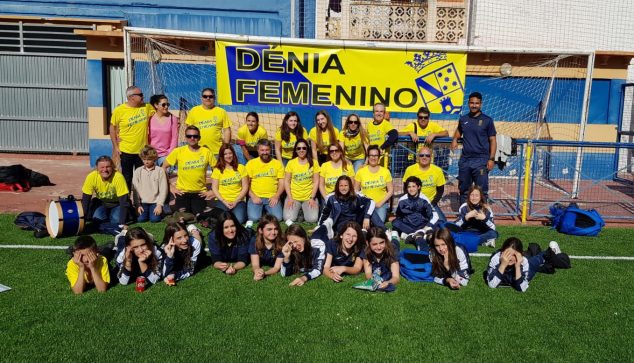 The first goal fell from the local side and came by the work of Henar, who, after controlling a good assist, adjusted his shot to the post, beating the visiting goal. The visitors, far from falling apart, managed to turn the scoreboard before reaching the break thanks to the two goals he scored. The players went to the locker room with the score of 1 to 2.

In the second half, the FB Dénia came out in a tromba and got the equalizer through Henar, who defined with great quality a master pass that Irene gave him. The both encouraged the locals who dedicated themselves to attack, neglecting the defensive zone. That took advantage of the ilicitanas who surprised the Dianenses against one another and came forward with the third goal.

A bit that sank for a few minutes to the locals who had their worst time. A side foul near the area, in the final leg of the match, was masterfully thrown by Mireya, who slipped the ball into the goal of Elche CF. At the end of the regulatory time it came with a deserved tie to three.