Veteran athlete Juanra Pous, from Athletics Club Baleària Dianium, was again the best in Spain in the 800-meter dash in the M35 category. The Oliva athlete, who trains Franc Beneyto, returned to make a great career getting to revalidate the national title. 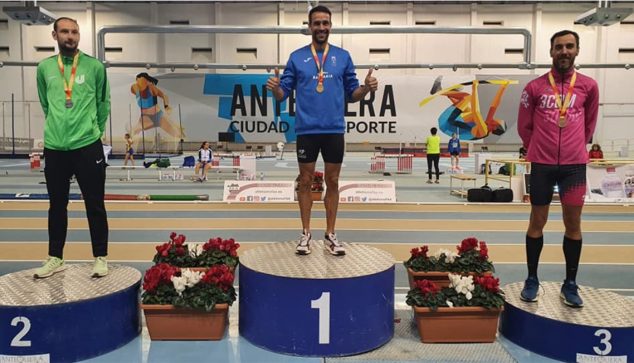 Juanra Pous in first place on the podium

Pous finished the test with a mark of 1.59.38, taking the most immediate pursuer in the athlete Juan Antonio Gil. That of the Dianense club had to be used thoroughly to bend Gil, who in the finish took just a few hundredths since he finished with a time of 1.59,66. Third place went to Juan Carlos Esteso, who finished with a record of 1.59,78. 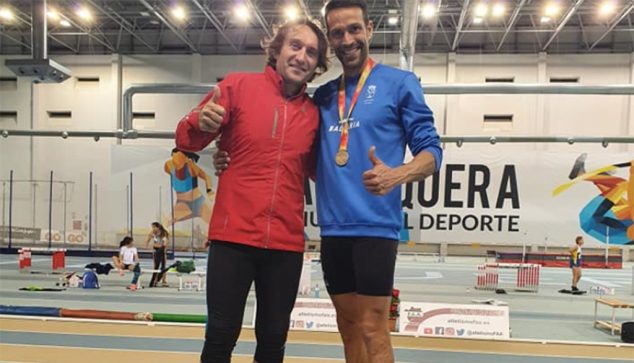 On the second day of competition he played the 1.500 race where he returned to be the best in a race in which he coincidentally had the same protagonists. Juanra Pous was the first to cross the finish line with a 4.05.90 mark. the second place went to Juan Antonio Gil with a record of 4.06,01 and third place went to Juan Carlos Esteso with a time of 4.07,32.

In the 1.500 test, but in the M35 category, it is necessary to highlight the bronze medal obtained by Moha Rida Younes for the Baleària Diànium Athletics Club. Moha did a great test going from less to more. He was during the last 400 in the second place but afterwards he could not follow the one that later was champion of Spain, Esteban Milena. 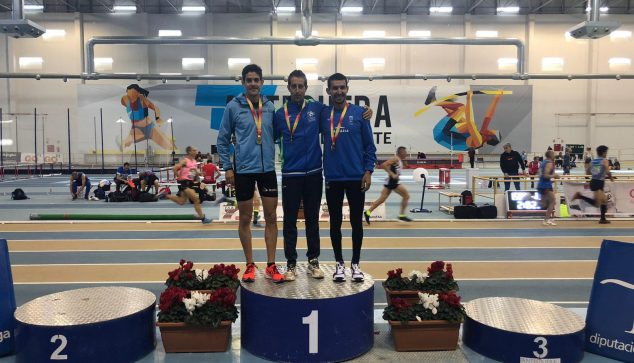 Moha Rida on the podium

In the last 150 meters, Moha tried to stop the very strong arrival of Anibal Llamazares, but, when there were only 40 meters left for the goal, he went through what the resident athlete in Xàbia, had to settle for third place.

Very satisfied is the coach of both, Franc Beneyto, who once again has taken his disciples to the best moment, as he has later been endorsed on the track. Beneyto has once again proved to be one of the great coaches Spain has.

In this national event, she stood out in women Lili Riva, who conquered the silver medal in the 60-meter F40 hurdles. The athlete of the Athletics Club Baleària Diànium, was second in the race in which Angela López won, being the third place for Clara Isabel Pazo. 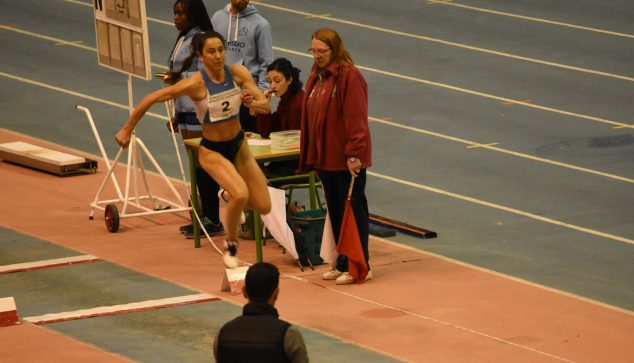 Lili Riva in the triple jump

The other medal that added the athlete of the Dianense club was in triple jump where she was third behind the champion, Yolanda Gómez, who made a jump of 10,71, and the second classified was Clara Pazo, who went until the 9,83. Lili Riva got a better jump of 9,56.