Juan Sancho, PSD councilor in the City of Dénia since 2007, presented this morning his act of resignation as such. Sancho, proud of the work of his party during the last four years, both from the opposition and the government, yields the witness to Mari Martínez, Which was the number two list in the past municipal elections. 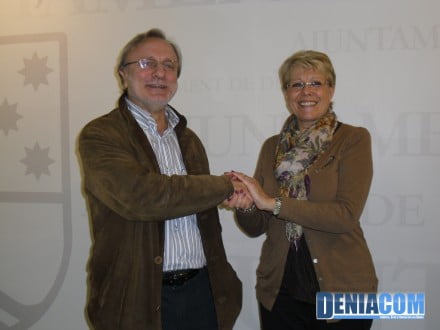 Sancho, promoter of projects such as Artístics, the new space Llunàtics, the Film School or the improvements in the access road to the Castle, also wanted to remember the important assignment of five sites for educational purposes or activities that he programmed every night Of summer in its stage like councilor of culture.

Juan Sancho relinquishes his record for labor reasons, as he is finding it difficult to reconcile both facets of his life, so he has decided to devote all his attention to his work and leave in the hands of Mari Martinez the duties of councilman .

Mari Martinez, whom Sancho calls a communicator, dialogue and close, will be the one who takes possession of his minutes in the next ordinary meeting of February, since the one held this week will serve to make official the lowering of the minutes of Juan Sancho.

Rifirrafe being the Popular Party and the mayor for the choice of their group secretariat
June 23, 2015