Suspension of payments as of January of 2012. So strong was the spokesman of the PSD, Juan Sancho, after 4 months in opposition to the government has spoken about the economic situation that crosses the city of Dénia.

Sancho has warned that if strong and real action is taken, from January next year the City of Denia only be able to pay the salaries of officials and enter into receivership providers. 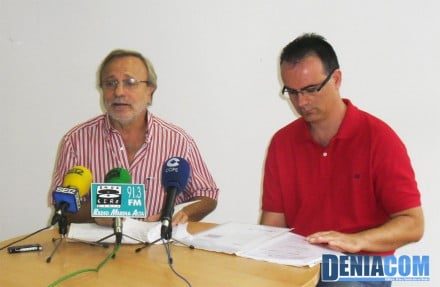 According to calculations of the PSD, the local council has some unrealistic budgets, as finally going to need about 15 million-a 25% of the total budget to meet all payments to come, including judgments against and state taxes. Because it all budgets that "They are not based on the reality we are living, they are based on a reality that is too optimistic, especially in the income section."

The PSD proposes call for an extraordinary plenary session with a single point on the agenda: the creation of a viability plan in which government and opposition to work together to contribute ideas to improve and save the situacón.