The first edition of Match Race Championship organized by the RCN. Dénia had an unexpected outcome, as teams of Juan Calvo and Mauricio Costanzo, both of Dénia tied for first place.

The four participating boats enjoyed a competition in which there was much action and where it highlighted the good work of each of the members 4 crews aboard each vessel Platú 25.

In this type of competition where each boat fight against each boat, the intensity is high. many moments of skillful maneuvers each other were experienced. The day ended earlier than planned by one of the boats suffer a malfunction that was irreparable.

After four games and once exceeded 30% of the Round Robin, and marks the racing rules, the race committee gave completion of the test and developed the classification. 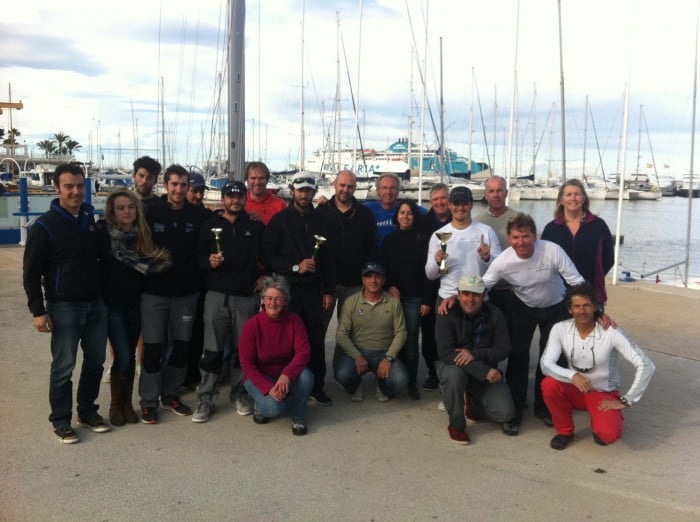