"Consolidate from the Laguar Valley a prestigious literary event within our linguistic field and at the same time dignify our language and culture within the framework of the 9 d'Octubre celebration". With these words, the Councilor for Culture of the Laguar Valley City Council, Oscar Soria, began last Friday the delivery of the Cavall de Laguar Short Story and Poetry Awards. Some awards organized by the Laguar Valley City Council with the support of the Alicante Provincial Council that have had a high participation and, on the other hand, with a high quality in terms of the originals presented, as assessed by the members of a jury made up of the writer Elvira Cambrils and the writers Joan Mascarell and Jovi Lozano-Seser, the latter representing the MACMA, a collaborating entity in the call. 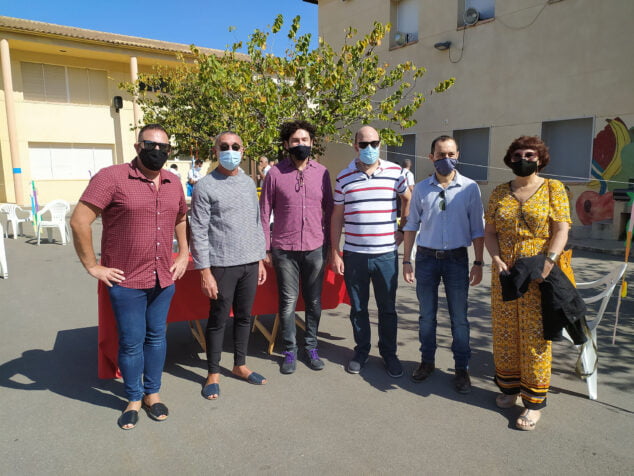 Winners of the Cavall de Laguar awards together with the jury

The winners of this first edition of the awards were Josep Vicent Miralles in narrative for the story The xarxa and Blai Carles Villa Català, in the poetry category, for the collection of poems Three countries for a country sense winter, which received the € 600 corresponding prize.

It must be remembered, as was underlined in the presentation of the contest, that the name of the awards refers to Cavall Verd, the mountain by which the Laguar valley is identified, in addition to being a historical and landscape emblem that heads a pioneering project such as these awards: an initiative to disseminate and promote the Laguar Valley as a literary and cultural reference.