Six months ago the big days of Moors and Christians Denia, but more importantly six months are to be held again. That's the main reason for the week of Mig Any, revelers gather to give Dénia party and the city does not forget the celebration of its patron San Roc.

On Tuesday night, one of the central events of this week was held at the Social Center: the presentation of captains and flag-bearers for the 2014 exercise. This act, which also serves to recognize the work that the Primros Tró of each filà do throughout the year, gathered in the audience hundreds of festeros from both sides with the desire to celebrate the party.

To begin, the president of the Federation of Moors and Christians, Josele Maldonado, said a few words to the audience in protest and speech recognition to those who truly work for the party.

Maldonado thanked the support of all who make the party go forward year after year, and asked the "interested in distorting reality" a favor: "multiply by zero". There were words of thanks also for the Mayoral Mayor, Juan Camarena for his collaboration "So that Mayoral and Moors and Christians participate jointly in the events of this festival that have as patron to Sant Roc"While handed him a silver pin Federation.

In the 2014, Pablo Puente and Iker Bridge by the Christian side, and Jaime Vives and Cristina Vives charges by the Moors, he gave them congratulations for their work and asked them to keep it up because "In the end, everything will be rewarded."

From the Federation wanted to deliver to the presidents of the association of a silver pin Federation because even though presidents obtained the distinctive highs, this is something new after the constitution of the former AMMICC in Federation. They took the stage Amparo Mata, Julian Pérez, Toneto Sanchez and Vicente Crespo.

To the partiers Josele asked them to enjoy this Mig Any to the fullest and leave the crisis for a few hours to "be able to live intensely the friendship and the party".

After the speech of Josele Maldonado they took the stage all primers tration of filaes Denia to their posts, and after them, the secretaries of each captain filà read the minutes in which captains and champions proclaimed Paul and Iker Puente and Jaime and Cristina Vives. 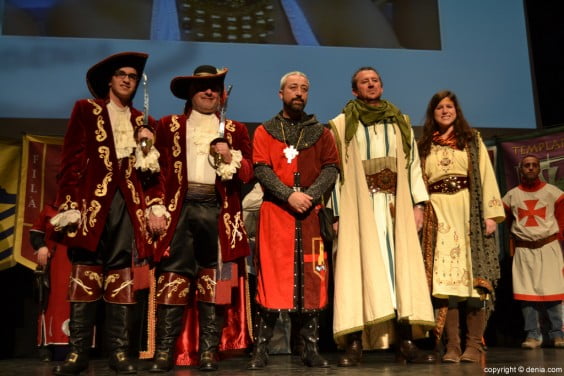 2014 charges the party of Moors and Christians took to the stage, received the appointment as such by the Federation, and proceeded to the exchange of gifts among them, very excited.

The children participating in the drawing contest winners for each row picked up their awards from the hands of the primers tró, and finally, and the stage presence of councilors and Paco Arnau Pepa FontAnd the most mayoral, Juan Camarena, presented the first prizes in each category.

In 1ªCategoría the first prize went to the boy Raul hat, Marist College, and was a finalist Jasmine Gabriela Rosales, also from Marist College. 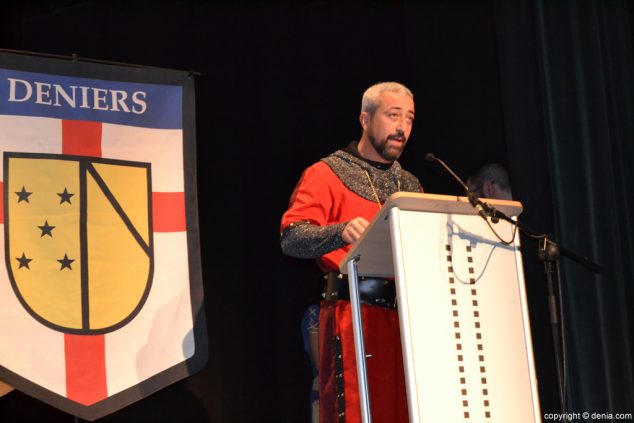 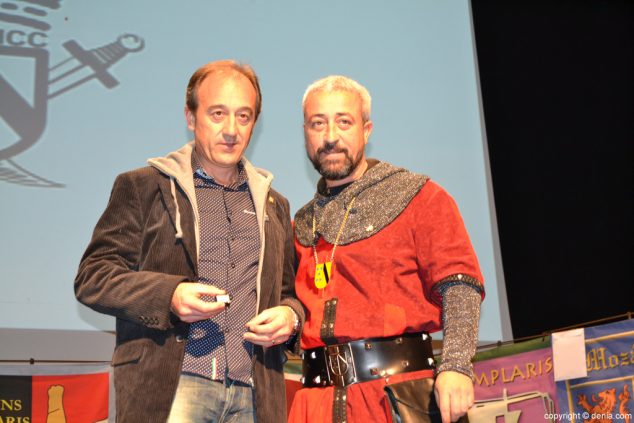 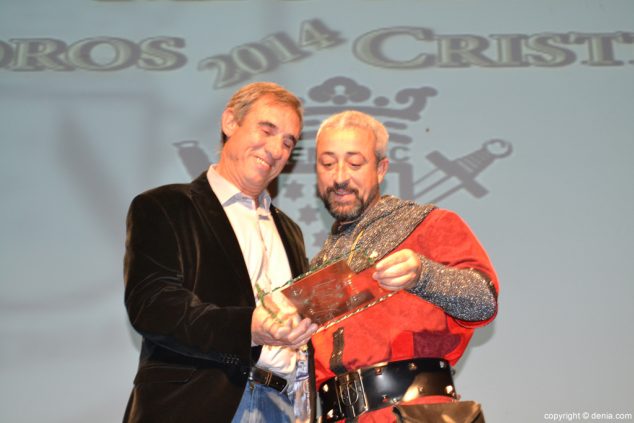 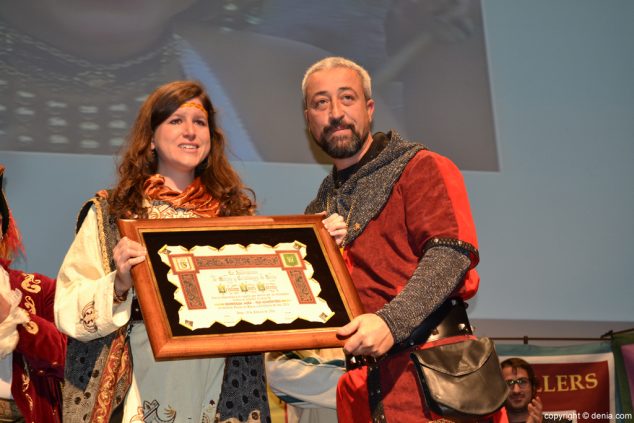 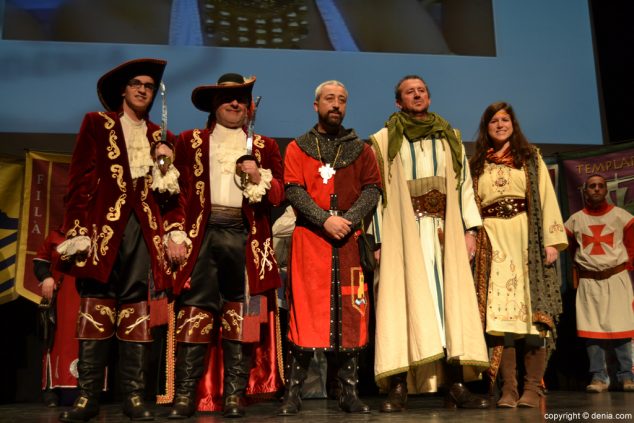 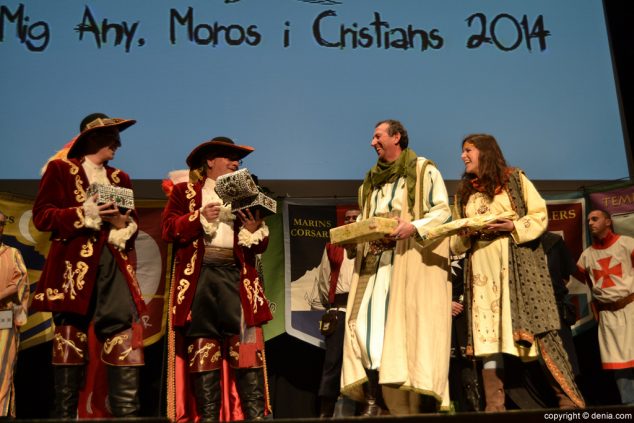 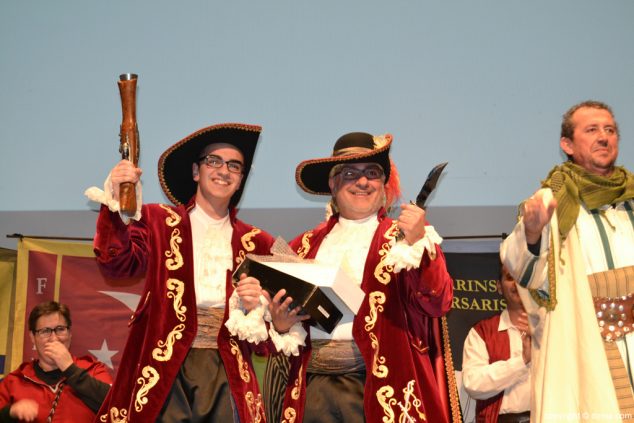 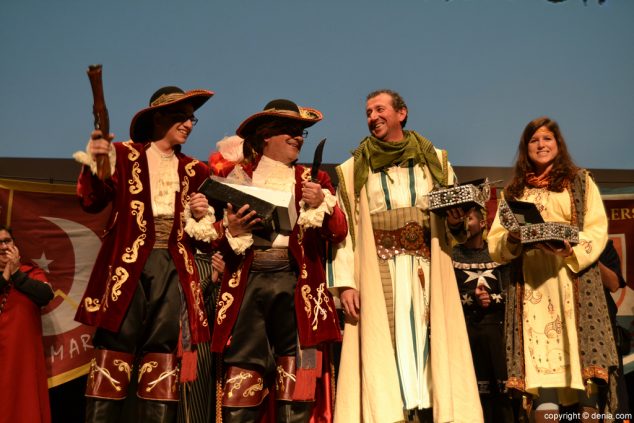 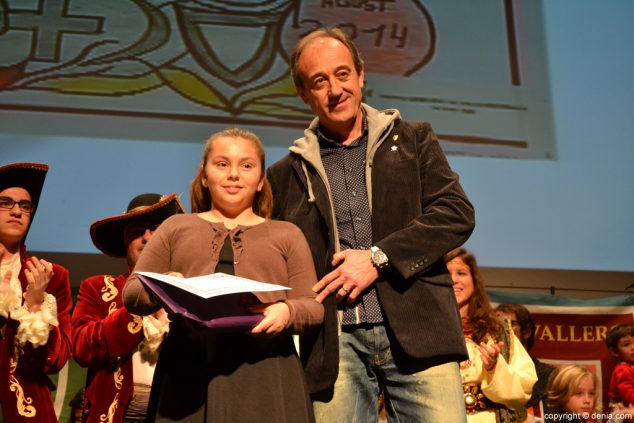 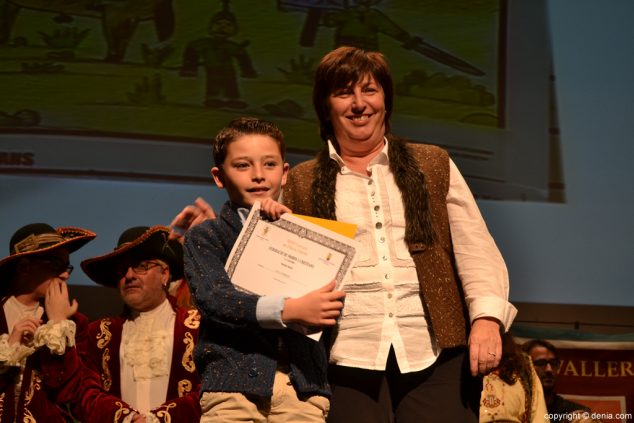 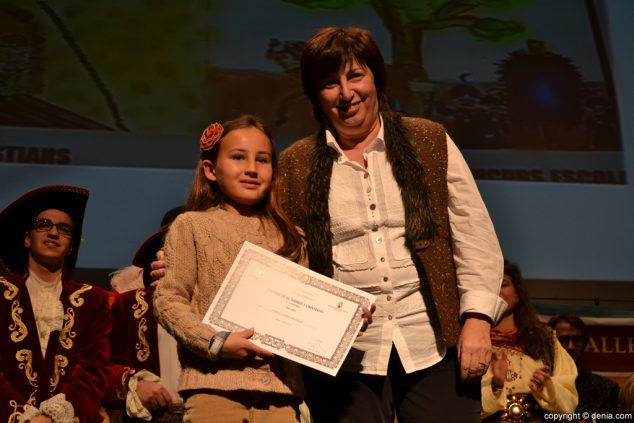 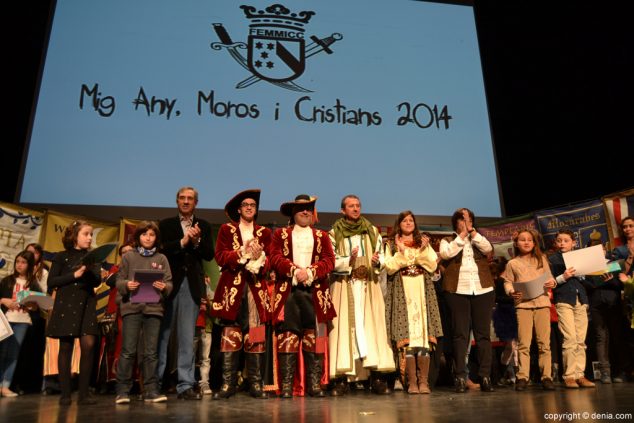