Within the Dénia Tennis Club They are in luck because the week has been fruitful for their teams paddle to get both girls and boys respective wins. 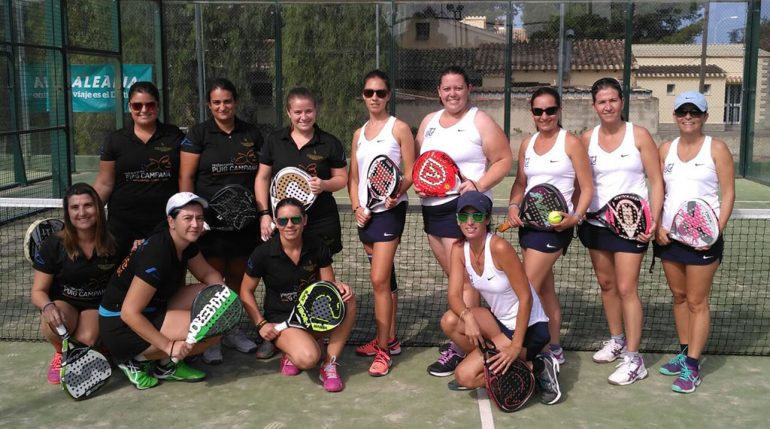 The women's team that militates in Second Division won victory 2 to 1 before the Padel Club Villaitana. The dianenses Marta Álvarez and won comfortably Mely Kearly Ángela Soriano and Mª Dolores Sánchez by 6 / 2 and 6 / 2. While the couple formed by Francis Costa and Raquel Molina closed with win their game against the composite by Laura Pérez and Ana Belén Savall by a score of 6 / 1 and 6 / 3 partner. The Dianense Harvested defeat the duo of Ali Fernández and Mónica Caselles losing to the tandem of Gema Soriano and Dolores Gutiérrez by 6 / 0 and 6 / 1.

The masculine equipment that militates in the First Division did not want to be less than its companions obtained a clear triumph before the Tennis Club Jávea by 3 0 to. The pairing of Luis Sanchís and Javier Serer beat 7 / 5 and 6 / 3 to Víctor Malonda composed and Sauro Cholbi. The Dianense duet with Tico Devesa and Paco García beat formed by Rafael Plaza and Jaime Sapena by a score of 6 / 0 and 7 / 6. While the tandem Juanjo Lopez and Quicoles Romany beat Carlos Jaque and Guillermo Ibarra by 6 / 3 and 6 / 3.