Joan Puigcerver, champion of Spain in triathlon and duathlon cross with Tri-Puçol

The Soria locality of Alamazán, was the scene that saw proclaim itself champion of Spain of the young dianense, Joan Puigcerver. A boy of the cadet category who comes to conquer the national scepter in the triathlon and duathlon cross, forming part of the Tri-Puçol team. 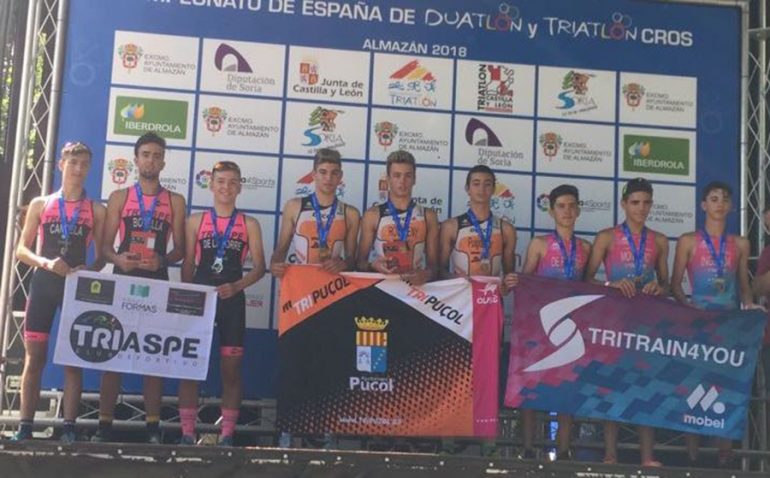 In the first day, Puigcerver finished occupying the 30 position of the absolute classification after completing the swimming segments, on 750 meters, 10 kilometers of MTB and 3 kilometers of running. He got the necessary points to get the title of champions of Spain with his two companions.

On the second day, in the duathlon mode, a test that is much better for the Dianense, due to its characteristics, it ended up in the 20 position. After completing the first segment of 3 kilometers of running, a second race segment of 10 kilometers of MTB and 1.500 meters of race to foot.

The work of the Tri-Puçol components earned them to be the best cadets in the national scene. All of them were very satisfied with these successes and of course Joan Puigcerver, too.