The Eatim de Jesús Pobre unanimously filed the plenary agreement dated July 21, 2020, an appeal for reconsideration against the decision of the General Directorate of Sports of the Generalitat to leave the Minor Local Entity out of the call for subsidies in its resolution dated June 16, 2020. 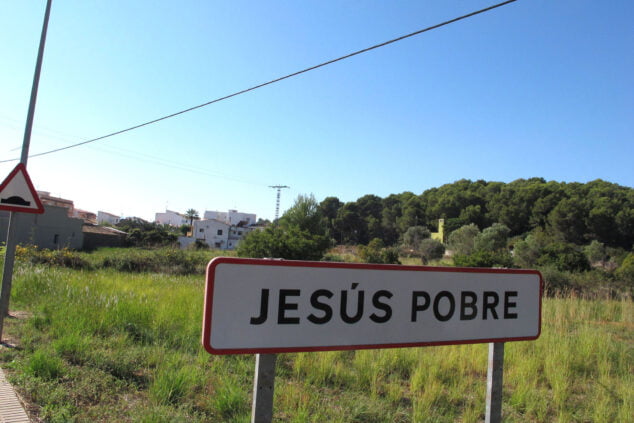 In this call for grants for the improvement, expansion or repair of sports facilities for the 2020 financial year, Jesús Pobre requested the rehabilitation of sports facilities as traditional fronton facilities, as well as the remodeling of the changing rooms and showers of the sports center, a request that had previously made, in the 2019 annuity.

Through a resolution dated October 20, 2020, the regional secretary of Culture and Sports has issued a resolution recognizing in its legal foundations that Eatim de Jesús Pobre has legal capacity to be a beneficiary, although it determines that it has not reached the necessary score for its concession. , and therefore, denying the investment due to the exhaustion of available credit.

The dismissal of the appeal, despite the final result, has been welcomed by the Neighborhood Board, given that from the legal arguments put forward by Eatim, its legitimacy and condition of beneficiary is recognized based on two of the three arguments that are the object of the appeal. : That the bases of the 2017 call, which were already applied in the 2019 grants, considered Jesús Pobre as a beneficiary entity, and that likewise, a Minor Local Entity was effectively a beneficiary with the same bases, generating a situation of trust as possible petitioner and beneficiary.

The Eatim de Jesús Pobre understands that this resolution will allow them to apply again for the subsidy in terms of investment of sports facilities for the next year of 2021, although, and in order not to harm their interests, Eatim itself has also presented a plenary agreement of identical date before the Department of Education, Culture and Sports, requesting that the bases that regulate investments be modified for the improvement, expansion and repair of sports facilities, to expressly state that these investment lines are for all Local Entities, whether municipalities or Minor Local Entities.