El Dénia Básquet Club president Paco Moreno has taken the decision that Jesús Pantojo is male senior technical team that militate in the Regional category. Pantojo knows the group of players who will have under his orders very well since last season shared the same management team Manolo Viciano. 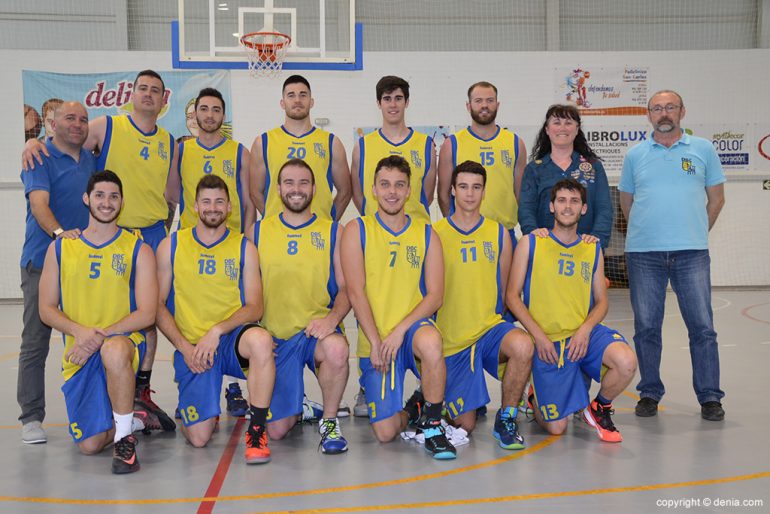 Since last week Pantojo is working with this young team that aims to improve the classification obtained last season. The players continue template; Javier Gil, Haytham Moon, Raúl Moreno, Jordi Soler, Iván Saura all these belong to the generation of 94. Francesc Monfort and Rubén Velazquez, the 95 and 97 Borja González. They will be wrapped by veteran Iván Salom and Paco Roselló. This template has the additions of three players who have finished their way through the junior team; Nilson Gavilá, Isaac Catala and Richard García.

They have caused low compared to the previous season, Patrick Sawicki that studies have gone to Germany and pegolino, Miguel Server, which this season will play in the ranks of CB Oliva First National.

The players combine the physical work in the Fitness 19 gym with the tactical sessions that take place in the Joan Fuster pavilion.

The first games of the season will be those belonging to the Lliga Valencia, which begin on September 10. Some encounters serve as preparation for the subsequent start of the league championship.