Isabel Caminal: «Coronavirus tests can only be done in two cities throughout Senegal»

In Spain we are learning little by little everything that happens in this crisis that has caused the COVID-19 pandemic, thanks to the media, the internet and, above all, to that great social network that we had left aside: the neighborhood that now looks out on their balconies. 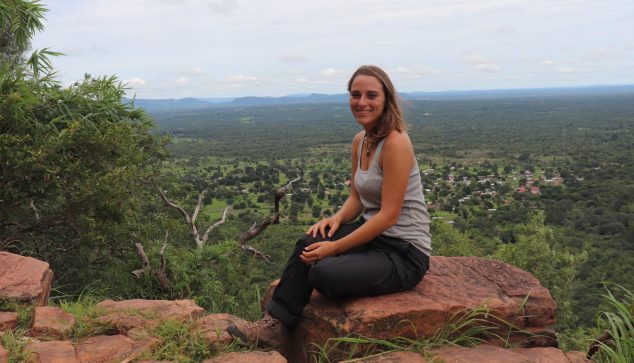 But we certainly lack information on how other countries are coping with the situation. For this reason, in Dénia.com we have decided to carry out a series of interviews with dianenses who currently reside, for different reasons, abroad.

This time we move to the continent most forgotten by the press, Africa, where the coronavirus has also arrived, as in the rest of the planet. We chat with Isabel Caminal, Dianense who is a volunteer in Kedougou, region of Senegal, being part of an agroforestry development project at the University of Huelva.

QUESTION. How is the situation in your country?

ANSWER. The situation for now is not alarming, confirmed cases around 100 and no deaths. But it should be borne in mind that for now you can only do tests in two cities in the country, and that most people who may be infected can not afford to go to the hospital, because basically health is private and they do not have enough money to pay for it. . So there may be many more cases than are officially reported and more caution should be used.

Q. What measures have been carried out so far? What do you think of these measures and how have they been managed?

They have cut movements between regions and are limiting movements between peoples. They have canceled public transportation. In the area where I am, sensitizations are being carried out house by house, delivering soap and bleach. Furthermore, no confinement has yet been declared, but they strongly recommend staying at home.

The measures taken do not seem quite bad to me, a curfew in Dakar may help, but not in the town where I am. There is no authority that can control it. The confinement, which will not be long in coming, can be done in the big cities, but where I find myself, the best thing is for them to be confined at the village level.

The prohibition of movement between regions can cause serious supply problems, we have been told that although the situation is not serious, it is already becoming difficult to find rice.

Q. Do the people there comply with them? How do they behave in the face of the situation?

R. It is difficult to generalize the behavior of the country, I can speak of the area in which I am. Here, there is part of the population aware and trying to comply with the measures. Other people who do not comply with the measures, because the virus has not yet reached the area, and others who do not directly believe that the virus exists or that the virus only affects "whites".
It is very difficult to control curfew when, as I said earlier, there is no authority present that can exert pressure.

The population lives outside their homes and in community, women have to go to the well for water every day, they have to wash in the river, families have to look for wood to cook, etc. If the virus reaches the area, it will be very difficult to control its spread.

Q. How are you living there and being away from home?

R. I have had to come from another town that I am now, because where I lived there was not enough coverage for them to communicate with me and vice versa. Together with my colleagues we are taking stricter prevention measures, because we have a reference to Spain.

It is being very hard to think that if the virus arrives here with the same virulence, it can be much worse than in Spain and that it would also affect people with whom you have lived for several months and you know that they do not have the same resources to cope with it.

Q. What do you know about what is happening in Spain? What news do you get?

R. I am quite well informed with what is happening in Spain. The news that has been reaching me so far is numbers and figures of infected people, victims and some recoveries.

The jobs of the new normality: sensitizers are sought for the beaches of Dénia
May 25 2020
Leave your comments