The girls of the FB Dénia team are going through a very sweet moment, as reflected in their last victory obtained at home. The dianenses thrashed the whole of La Vila CF by 1 to 7 in the match played in the municipality of the Marina Baixa region. 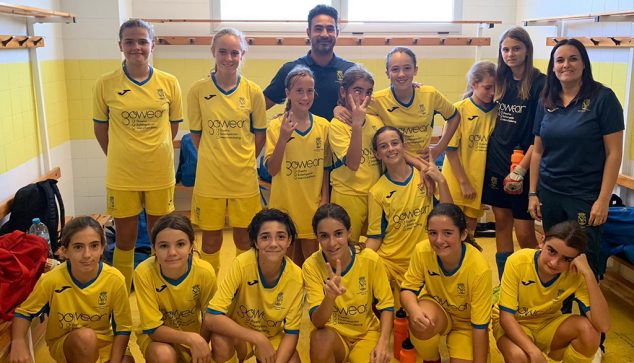 Girls of the FB Dénia Women

The groguet team wanted no surprises and came out on the pitch with great intensity. He did not let the locals take the initiative in the game and soon they were placed with an advantage on the scoreboard. In the 9th minute, Libby's 0-1 came. This goal was accused by the locals who saw how just five minutes later, Henar put the 0 to 2 and this same players scored the 0 to 3 in the 18th minute. The account in the first half was closed by Libby with the 0 to 4 that arrived in the 31st minute.

In the second half, the dominance of the visitors was total and in the first minutes came 0 to 5, with a new goal from the inspired Libby. In the 53rd minute, Henar did not want to be less than his partner and scored 0 to 6. Henar herself closed the scoring account of the FB Dénia girls scoring 0 to 7. The only local goal came in the 69th minute by Andrea.

The negative note was the injury of the Dianense Iara, who made a deep cut in the knee due to the poor condition of the field. All her companions wish her a speedy recovery.