Difficult exit that the Dianense team had on their visit to Alfas del Pi, fifth in the general classification, but after the last setbacks and given the phase of competition in which they find themselves, where all the teams try to position themselves so as not to suffer at the last minute , there was no other way than to leave the skin on the track and look for the three points. 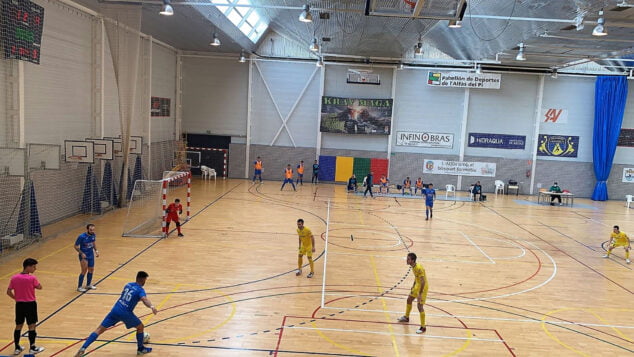 Meeting of the CFS Mar Dénia in Alfas del Pi

And so did CFS Mar Dénia from the initial whistle, with an orderly game and imposing a high pace on the game. Little by little he took control of the ball and the best chances came from his side, although the local team also tested the well-defended goal on this occasion by Angel Larrosa. In minute 14 Jordi Mas managed to open the scoring with a strong outside shot that put the Dianense team ahead. They opened more chances but the scoreboard would no longer move in the first half.

The second half began with the same momentum and in the first minute, after a shot by David at the far post, the ball bounced off the local player Sergio and meant 0-2 for Mar Dénia. The local team advanced lines to try to find the equalizer, but the Dianense team, very well planted, continued to control the game. But in the 24th minute the captain of the local team, Pepe, scored the 1-2 with an outside shot. That yes, did not manage to change the course of the meeting.

The players of David Jaén They continued to mark the times of the game and in the 30th minute David Ochoa scored 1-3. The local coach called time-out and, with almost nine minutes to go, put a player goalie on the court to change the dynamics of the game, but with a very organized defense and a good performance by Angel, they managed time and time again to stop the local attacks. In the 38th minute, after a rebound in the area, it was 2-3 that seemed to put a bit of uncertainty in the atmosphere, but on the next play Jose Martí cut it off scoring 2-4 and, quickly, Nico Marí closed with the 2-5 with which the clash was terminated.

In short, a great game for the whole team and three gold points that leave CFS Mar Dénia placed in the middle of the table.

Next weekend, the Dianense team will receive CD Calpe Futsal at the Municipal Sports Center of Dénia, derby of the Marina Alta, between two teams tied on points, in the match corresponding to the 27th day that will be played on Saturday 02/07 /2022 at 18:00 p.m.