The first round of the Comarcal Gold Indoor Soccer League organized by Acydma was played, after which the Nou Romà Hotel team continues as leader with 44 points, followed by the 43 that Náutica Pérez has and the 41 of the Bar Colom.

In this Gold League are the eight best teams that finished the Regular League. On his first day he highlighted the strong start of competition at the Hairdressing Stilos Ràfol, which clearly beat Bar Colom 5 to 2, one of the teams that finished the first phase of the league better. The match was controlled by the raffaires who managed to become the owners of the ball, without letting their opponent be able to enter the match. There is no doubt that it was a victory that should serve to burden some players who are committed to being candidates for the league title. 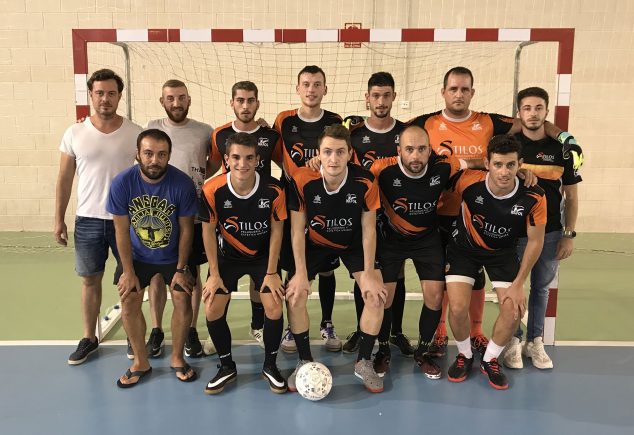 Las Olas Bar beat Bodegas Xaló by 4 to 2, in a clash where the Dianenses were more successful in the face of the rival goal. More even was the Ondara derby played by Casa Llobell and Bodega Aguilar, with a victory for the second by 0 to 1. A match that was decided by small details but that left a very good taste for the boys in the winery.

While another of the big favorites, the Hotel Nou Romà, could not with a Náutica Pérez who showed that his classification in the regular league among the best was not the result of chance. The match remained very close and therefore ended with a draw to one, a fair result since neither of the two contestants was superior to his opponent.

In this competition are the rest of the teams that finished, from ninth to last place. In the Silver League, the highlight was the victory with which Baleària He dispatched his match against Ademar, whom he beat by 1 to 8. On the other hand, to point out the victory achieved by Restaurante La Fontana in his visit to the Futsal Pedreguer track by 3 to 5, and that of Benitatxell on the court of Paidos, where he won by 2 to 3. On this day the clash between Pescamar and Els Poblets.

The classification is headed by 3 points, the teams of Baleària, La Fontana and Benitatxell.