Tribute to the EPA students who beat illiteracy

The city hall of Dénia has hosted this morning the institutional event of Women's Day, in which the manifesto has been read in support of gender equality and after which the tribute to the students of the course of 1995 of the EPA 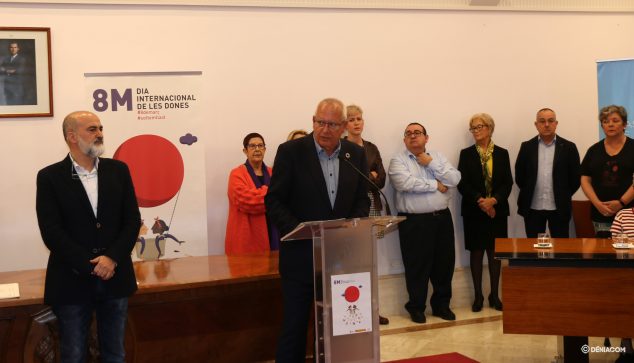 Vicent Grimalt and Javier Scotto during the act

"They opened the way in which we continue moving forward today". So it has been directed Vicent Grimalt to the honorees, the students of the School for Adults who faced society and, on occasions, their own families to recover what had been taken from them during the Franco regime: an education and, therefore, a life. 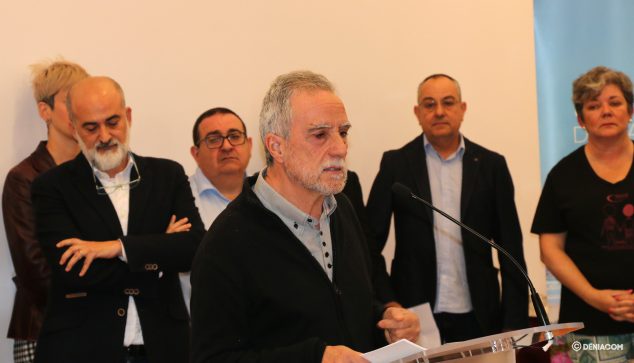 25 years have passed since these 25 students surpassed what seems unthinkable today, exceeded illiteracy.

The one who was his teacher, Juan Luis López, has also participated in the act visibly moved. "It wasn't just instructing them, but they had lost a life. They lost a childhood", López commented, whose function affirms that it was not only to teach them to read and write, on which their lives also depended, but to discover all that they had lost. 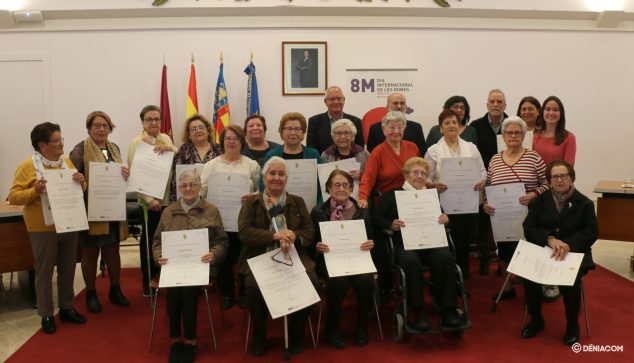 Salvadora Ausina, one of these alumni who He told Dénia.com what that experience meant for her, has been undone in praise for his teacher, without which, he says, "would not have advanced".

From the Consell de les Dones de Dénia, volem commemorating the 8th of March “International Day of the Gifts”. Amb a missatge clar i concís: the need to get the REAL equal. That day is every occasion an occasion to reflect on the advances advised, demand canvis and celebrate the acts of value of common gifts, which have exercised an extraordinary function in the history; reclamant drets bàsics, com l'accés a l'educació, culture, treball or politics. In segle XXI, when the technology and the mitigation of acquiring l'accés als coneixements ia the information per totes and tots, it is unacceptable that quasi 500 milions of gifts and xiquetes continue deprived of l'accés to the coneixement, and amb això, of les oportunitats that l'educació implies. A donut formed tindrà les eines per a canviar the course of seua vida. 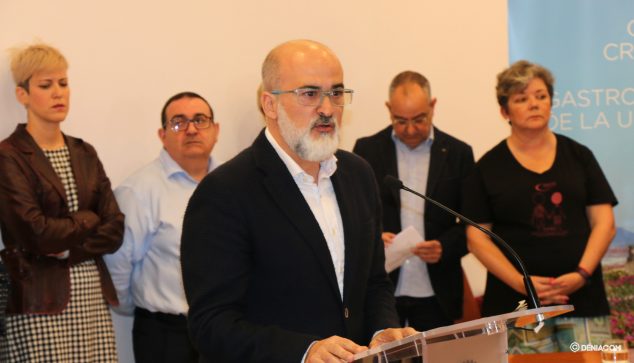 The Councilor for Equality, Javier Scotto

The International Day of the Gifts is the day of the rain pels drets de les dones, it is not limited to the work environment, the personal life, the double day, the sexuality, the life and the bus of the city, imposicions and restrictions of tota mena i, per decomptat, violència de gènere.

Claim the equality of drets between gifts and homes; i in particular:

Dret to life ia the physical and psychic integritat, not to the masculine violence: assassinats of gifts, female genital mutilation, violations and abuses, forced marriages, physical abuse, psychic, economic, verbal, impositions in the way of dressing, restrictions to education.

Dret not to be sexually exploited, not to traffic, prostitution and pornography, yes to the relations lliures.

Dret not to be reproductively exploited; no als ventres de lloguer, not the baby traffic. 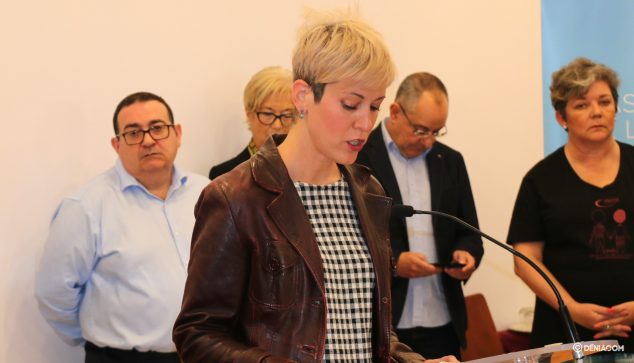 Dret not to be economically exploited; no to the feminització of the town, not to the invisibility and gratuity of the treballs that are not essential for life and that are paid over the gifts, to end the responsibility of the co-responsibility and to claim social infrastructures with school children, residences of majors, ajudes to the dependence. Not to the precarietat of work, to reduce significantly the best atur in the gifts, not to the feminització of the partial temps, not to the salary and pension brethxa, not to the scarce presence of gifts in the various directives of companies and institutions.

That the visibility is visible, that they are restored in history, that they value our contributions. Visibilitzar-us is an essential country to raise awareness of the younger generations about the great value of the heregat here, the equality of gender. An arrival, which ara has to preserve.

Feminism claims equality between gifts and homes, follow how to follow the color, the seua religió or the seu ateisme, the seua nationalitat, the seua class social, the seua edat or the seua culture, the seu civil status, the seu grau Dependency or independence, migrants or not. Perquè totes som oprimides pel fet of being gifts.

Oppress micromasclism pels, these actions, attitudes or behaviors that denote masculine domini in everyday life. They tend to be socially acceptable gestures, which are almost imperceptible.

The society demonstrates every day, a social conscience, against the violent violències, and began to advance a social culture against the inequality and the masclism, that donate maintenance to that violence.

Davant aquest panorama, totes and tots, hem de lluitar perquè each one of the drets i llibertats de les dones, which have sigut fruit of great efforts, is mantinguen. Perquè les nostres xiquetes i xiquets continue creixent amb a génere look. I advise that the dtat equaltat is converted to fet fetl. They are a real co-responsibility, between gifts and homes, in the family setting. They are a shared leadership, in the workplace. Both are equal wages. With an egalitarian culture. Both are sentimental relationships, based on respect, with a masculinity linked to empathy and cooperation.