Life stories: the Andalusians who arrived in Dénia in the 60s and 70s

They came very young and almost always looking for work. His children grew up here, married, and the following generations were born in Dénia. Many people from Andalusia arrived in the city in the 60s and 70s, enriching their demographics, contributing customs and incorporating those here as their own. February 28 is Andalusia Day, and for this reason we know some stories of emigration and integration.

"The children were getting older and in Morón de la Frontera there was no work. "Teresa Santos arrived in Dénia in 1970, when she was 44 years old. She came with her five children and her husband, Paco. He immediately started working as a mason and she cleaned apartments and restaurants. There was also work for all three older children, in toy and bag factories, while the two little ones went to school in the city.

Teresa tells us that she always felt welcome, that she never had a feeling of being outsider. "When I started to go to the places to buy, I didn't understand the Valencian. At the beginning I made it clear by pointing, and then I began to understand." 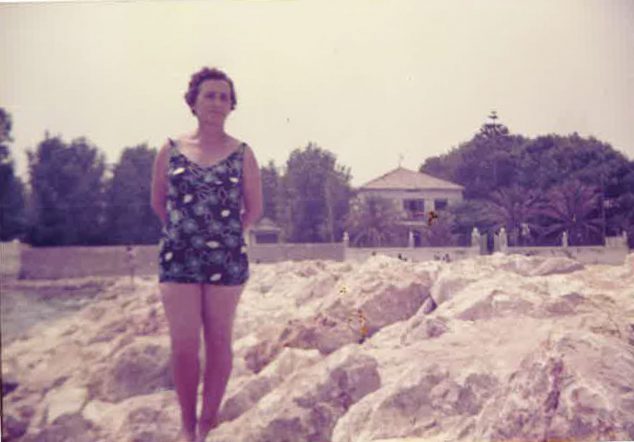 Teresa on the beach of Blay Beach in the 70s

The first house they lived in was for rent, until they could buy an apartment in property. This was something very important to her. When the Hospital de La Pedrera was inaugurated in 1986, Teresa began working on cleaning, and so on until her retirement in 1999. Especially the surgeons and operating room nurses know her. "It was the most beautiful job of my life."

He is now 93 years old, and lives in his sister Remedios' apartment. Because that is another characteristic of those who arrived from Andalusia, that the families came completely. Teresa recognizes that "It was a good decision, I'm sure we got a better life. I won't move from here." 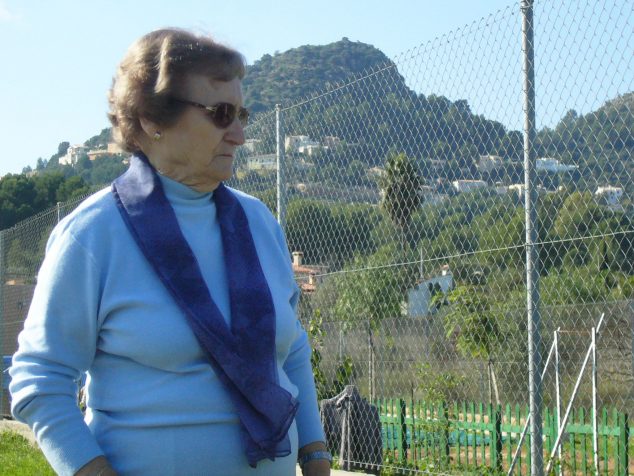 Teresa Santos in a recent image

Mixed feelings: the life of Mary

Maria's change of life began in 1973, when her husband José arrived in Dénia "to test the land". There was already her brother and some friends in Dénia, who had told her there was work here. They helped him rent a house on Alcoy Avenue, and then, José returned to Guadix (Granada) for her and her three children. They arrived in Fallas, and the little son, who was then 14 years old, felt that "he had never seen anything like it".

Immediately they began to work: a few days later, José and the eldest son were already in the work, and Maria, cleaning in a clinic. She recognizes that she never felt outside, that the networks of the relatives who were waiting for her helped her a lot. And that very soon he began to make his life and have the economic independence they needed. 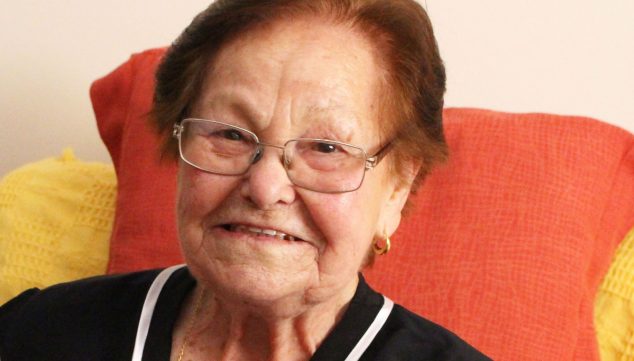 María Olivencia in a current image

Maria was born in 1929, so He has been here for more than half of his life, his grandchildren and his great grandchildren are from here, But, despite that, she continues to miss her town.

Carmelo Nofuentes: "Dénia was a window of illusion"

Carmelo Nofuentes is well known for having been the director of the Dénia employment office from its founding in 1976 to 2013. His parents were the first family in the northern area of ​​Granada (and probably all over Andalusia), to reach Dénia. They came in 1964 from Aldeire. 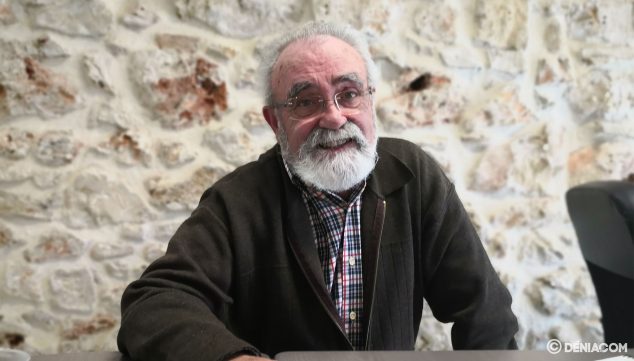 Carmelo's parents came to dedicate themselves to agriculture, as landlords of the farm Saint Charles (a large orange farm that corresponds to the location of the current private hospital). "I always say that the first employment office that existed in Dénia was my mother". In addition to them, who are six brothers, five nephews were brought. Everyone found work in places that at that time needed a lot of people: the SEAT y Shepherd Woods, in the avenue of Valencia; Telefónica, then on La Mar street; Aura Industries, and the Municipal Police, which was in full development. 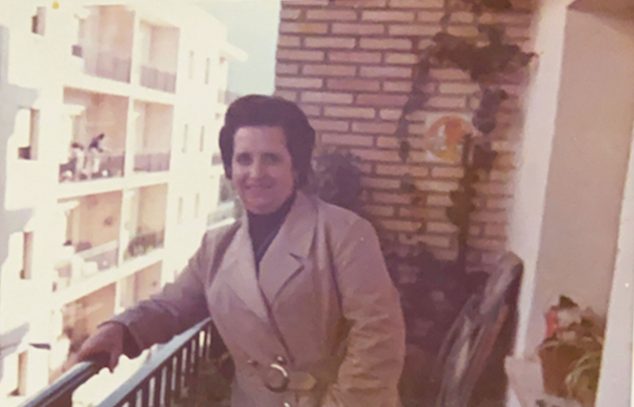 Asunción Molina, the mother of Carmelo Nofuentes, in 1968. Image taken from her balcony on Mallorca Street.

Granite Plastics y Borna Plastics they were also great sources of work, and one of the places that was left with more female labor was Ortiz muffins. 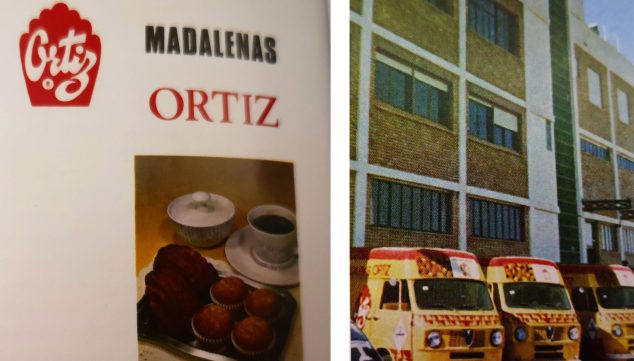 Advertising and facade of the former Magdalenas Ortiz in Dénia (Photo: '100 years of Social Security in Dénia', by Carmelo Nofuentes.

Carmelo graduated in Geography and History, and his concerns have led him to study in depth the migratory phenomenon in Dénia. Explain what the population pyramid of the city suffered an injection of young peoplebecause they used to come entire families, with marriages around 40 years of age and with young children. Teresa and Maria are good examples.

Parallel to the growth of the industry was that of construction. For two reasons: because tourism was beginning to take off and because housing was needed to accommodate all the people who had arrived. Quickly built the places where they mainly settled: the entrance to the town (Mallorca street, Menorca street, Alcoy avenue); the final zone of Paseo Saladar, in the current block between Carlos Sentí and Pintor Llorens; and the three Paris Buildings, which overlook the Plaza Jaume I. 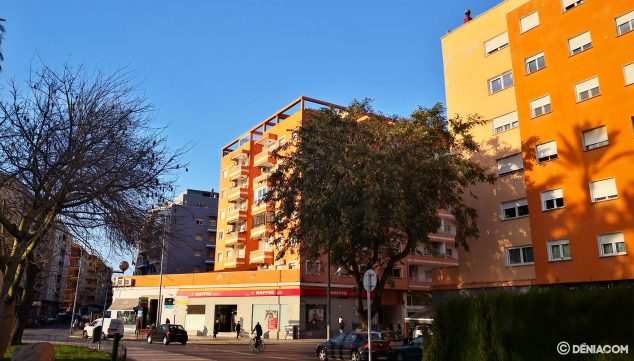 "All the people who arrived are the ones who have made Dénia grow, not only demographically, but also in wealth." With the question What did you get from Dénia and what did you give in return?, Nofuentes gets excited: "Dénia for all the people that have come here has been to open a window of illusion, to open you to life, a hopeful future. We have given you back work, growth, illusion, everything."

The changes in the population

Dénia remained almost a century around 12.000 inhabitants: from the end of the nineteenth century until the 80s there were hardly any changes, just with the raisin crisis and the Civil War. However, in the 80s the population doubled and reached 24.000 people.

Evolution of the population of Dénia during the XNUMXth century and the beginning of the XNUMXst (Image of forum-ciudad.com)

This was due to the "first wave" of immigration that we are talking about, which came to Dénia from other parts of Spain in the 60s and 70s. Not only did they come from Andalusia, but also from Castilla La Mancha, Extremadura and Murcia, among other places. Later, in the years 2000, Nofuentes identifies a "second phase" in immigration that arrives in Dénia, which in those years is mainly from South America and Eastern Europe. Population growth is due not only to its natural growth, but to the arrival of many young people of child-bearing age.

The birth of the House of Andalusia

La need to share experiences was the main impetus for creating the Casa de Andalucía. It began operating in 1985, at its first headquarters on Calle Lepanto. Right now, they have about 300 partners. 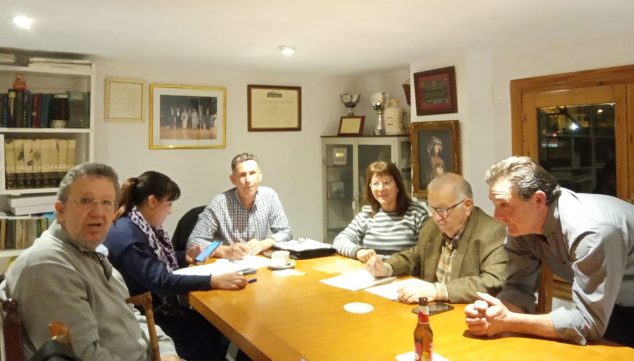 One of its founders, Pedro Ayala Galindo, a familiar face of Dénia's life, tells us about her experience: Pedro came from Baeza in 1972, worked in the Seville Electricity Company and asked for transfer to Dénia. They had spoken very well. “Dénia is a very cozy city. I have always been very universal, but my integration was maximum: as soon as I arrived I started rehearsing with a group of people Valencian." In addition, Pedro Ayala brought many cultural concerns: he has belonged to the group of people Veus del Poble and to the theater group llebeig. And he's deeply involved in the poetry contest Adolfo Utor Acevedo, organized by the Casa de Andalucía.

Angel Pelayo Jimenez He was another of the pioneers of the House of Andalusia. He arrived in Dénia in 1968, when he was a teenager of fourteen. He was studying officers and masters, what would be an FP I. Today his parents and his five brothers lived between Morón, Camas and the Triana neighborhood in Seville. His father lost his job at ONCE and bought a van to make a deal. He started bringing furniture, olives, sausage to Dénia ... until people started asking him "Hey, would you take us to Dénia?" Those were his first contacts with our city, and spend some summers here in a family home that had already emigrated. Until they realized that in all factories there was a PERSONAL NEED sign. They came to Dénia one morning, and that afternoon Angel was already working in a toy factory. 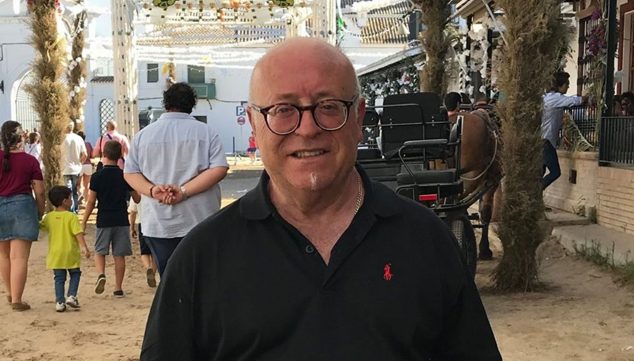 Ángel Pelayo Jiménez, one of the precursors of the House of Andalusia of Dénia

Angel was integrated very quickly, but recognizes that children did it easier than adults. "I've always felt very good in Dénia, but it's true that as you get older you remember your roots more."