Hypermarket Carrefour opens its doors to the public in Dénia

Thursday January 26 is an important commercial offer Dianense day. From 9: 00 morning opened its doors to the public the new Carrefour hypermarket in Polygon Industrial Madrigueres.

They have been two tough weeks of reform space, with adverse weather conditions in most of the time, but finally the opening of the hypermarket is a reality. Levante Regional Director North Carrefour, Franciso Villaescusa, praised the work of workers who have made possible the opening of the center these days. 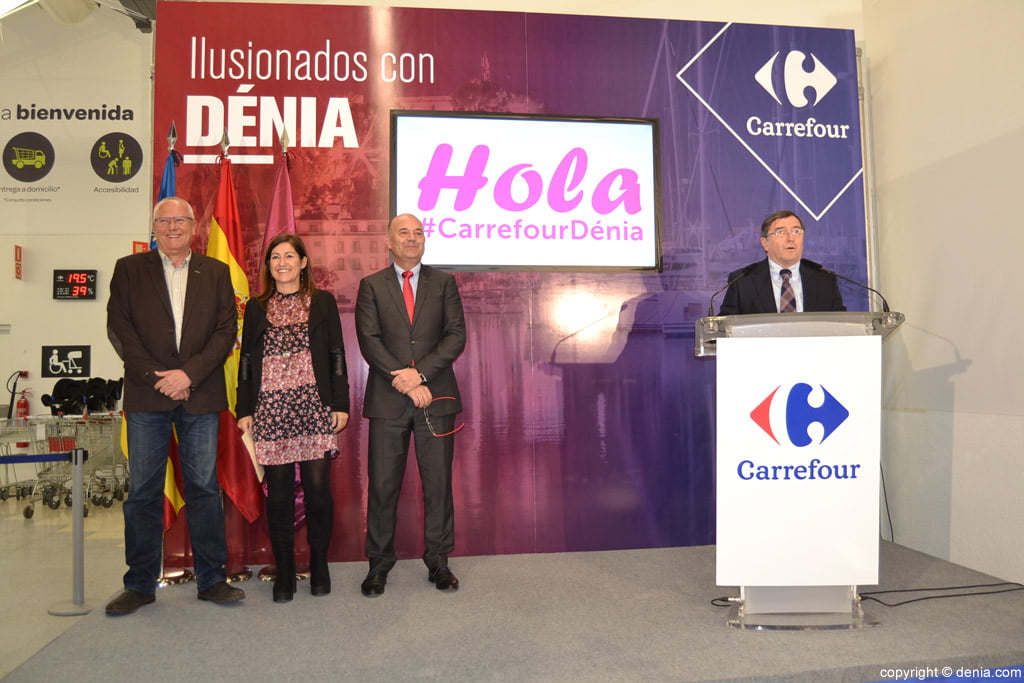 Villaescusa recalled that Carrefour brings Dénia "its commercial model to meet the needs of dianenses and the region" and also to "Contribute to the social and economic development of all dianenses betting on quality employment, training, and local products". In this regard he emphasized the importance of Villaescusa according to the Lonja de Pescadores, whom Carrefour is now distributor.

In this regard, the president of the Fishermen's Association, Juan Antonio Sepulcre, valued the importance of a company buying where others sell, which denotes "professionalism, enthusiasm and being an entrepreneur." Sepulcre cataloged Carrefour workers as "very healthy people" because "They want to work as any other client works. They have not asked us for anything special".

Carrefour also committed other local products such as those offered by the company Cidoncha. Its president, Antonio Cidoncha, welcomed the commitment of Carrefour to distribute their products, allowing a possible expansion beyond Valencia. For his part, the president of Business Cercle Marina Alta (CEDMA), Sonja Dietz, It showed itself "Haunted" this great company that bet on Denia and the region.

The new hypermarket Carrefour in Dénia comes with 2.800 food products and fresh produce; Textile 2.000, 1.700 bazaar, and an offer of 1.400 appliances. In addition, the company has maintained the 100% of the workforce of the former operator, and has hired other 41 people for this new stage. 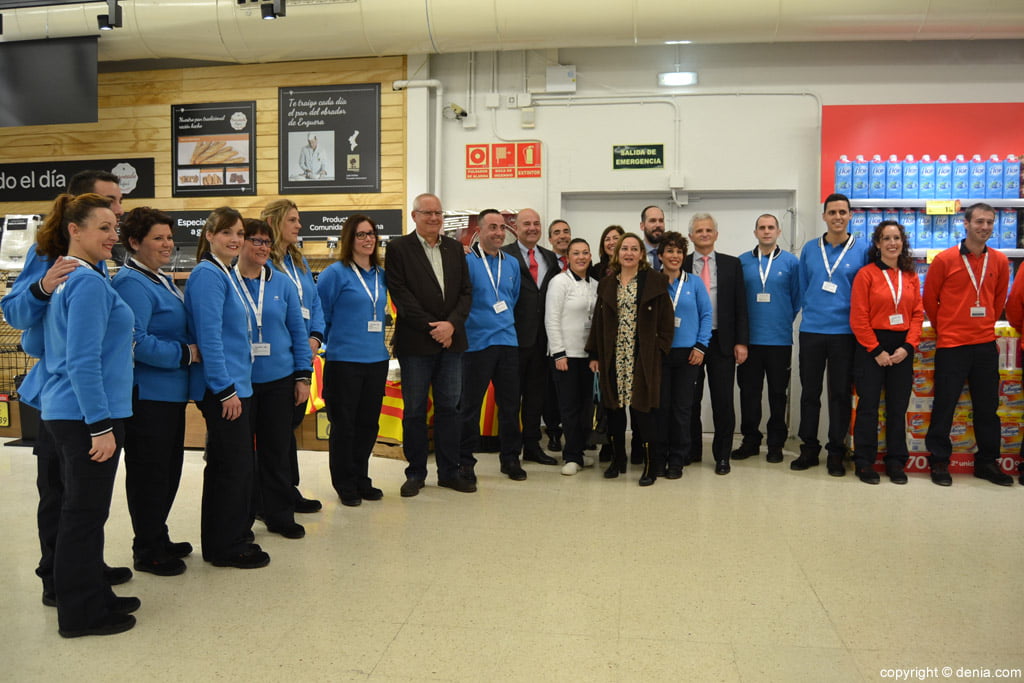 In the opening ceremony also he participated Councilwoman Trade of the City of Dénia, Eva Round, Who recalled that Denia is a city "which has a diversified demand from local residents, foreigners and tourism in constant growth", And recognized that it is necessary "an effort of coexistence between large and small merchants".

Ronda, with the mayor of Denia, Vicent Grimalt, Cut the ribbon to inaugurate he gave the new Carrefour hypermarket in Dénia that from today, January 26 opens its doors to the general public. 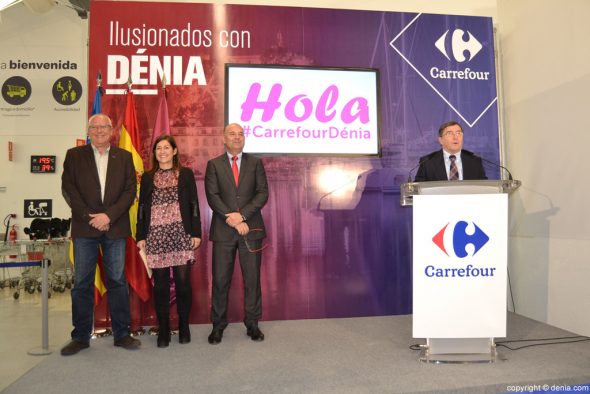 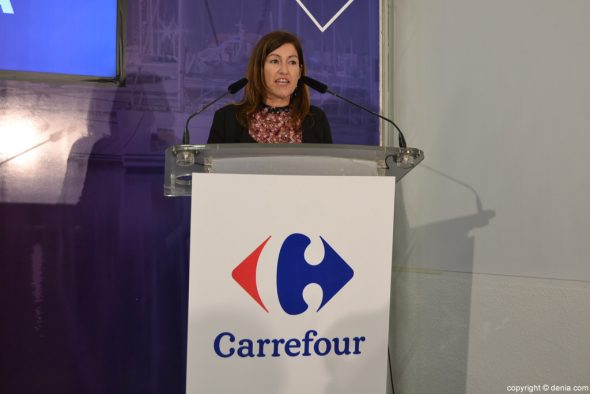 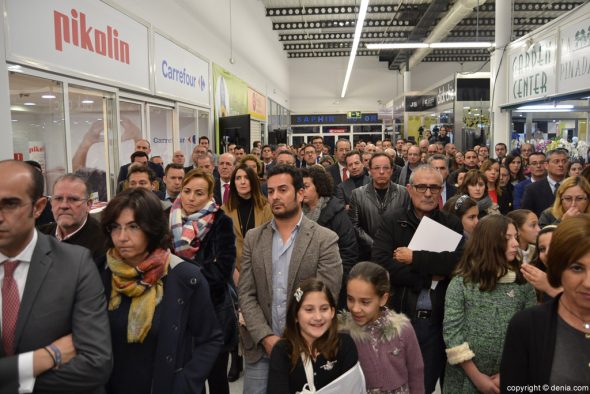 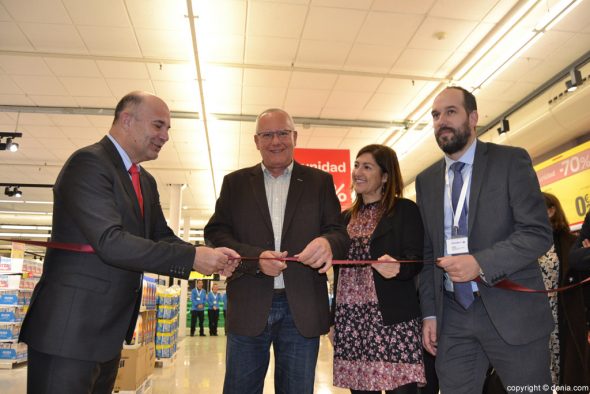 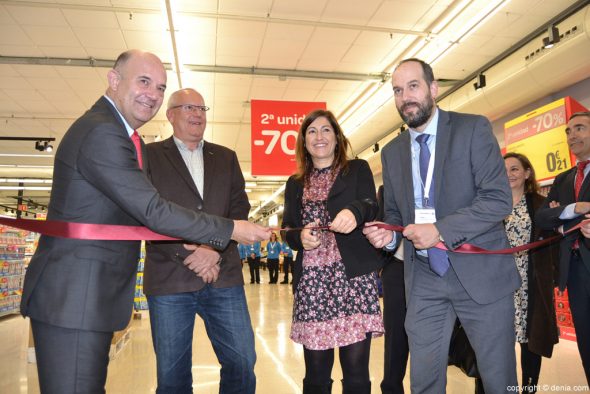 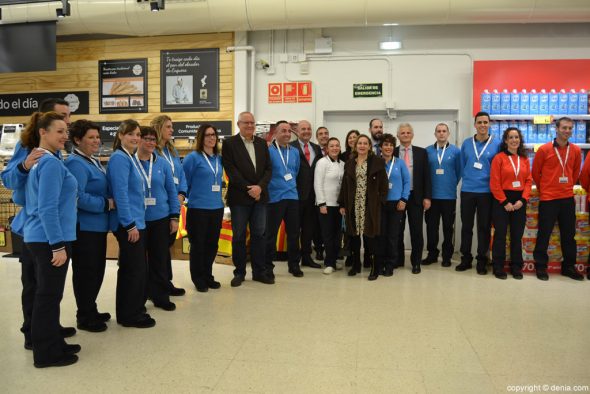 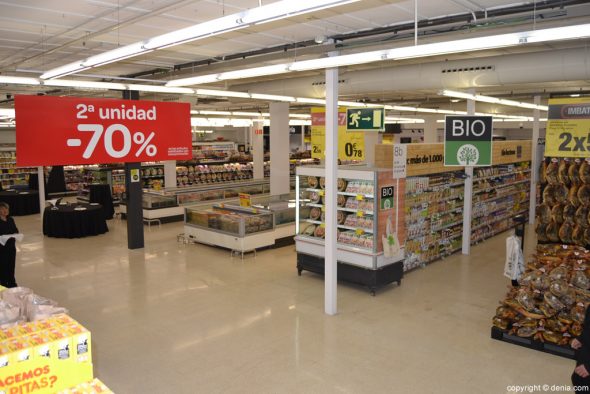 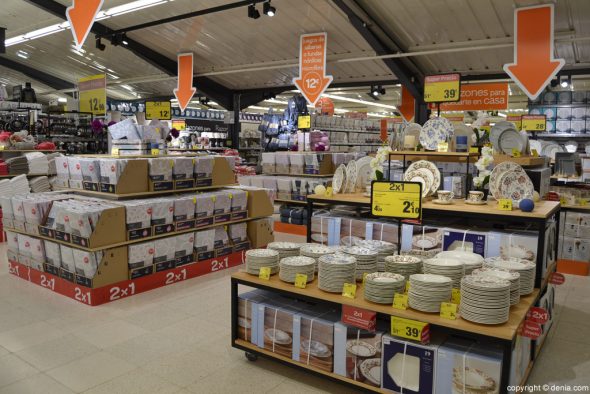 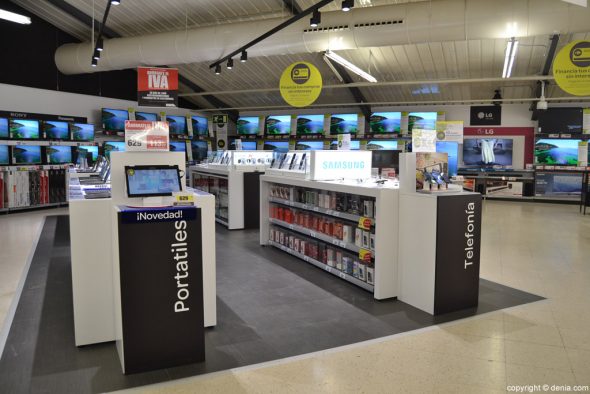 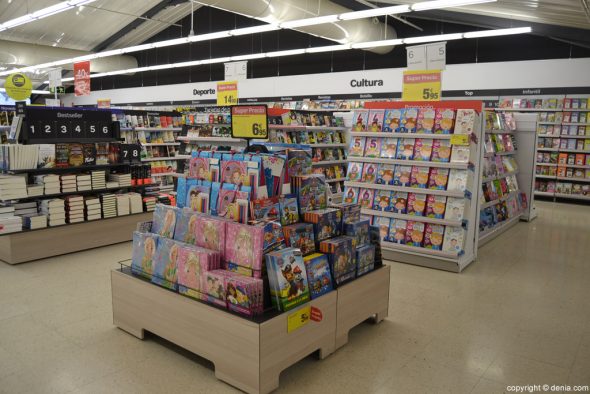 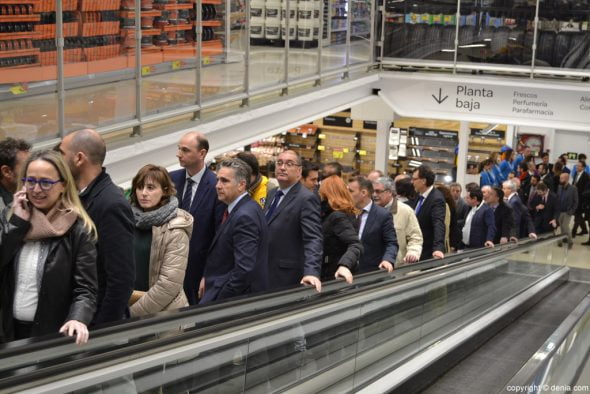 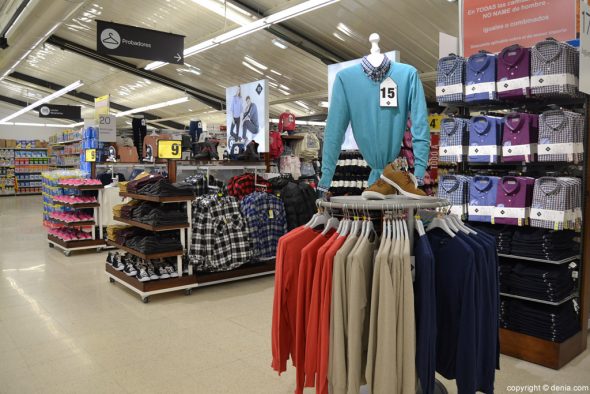 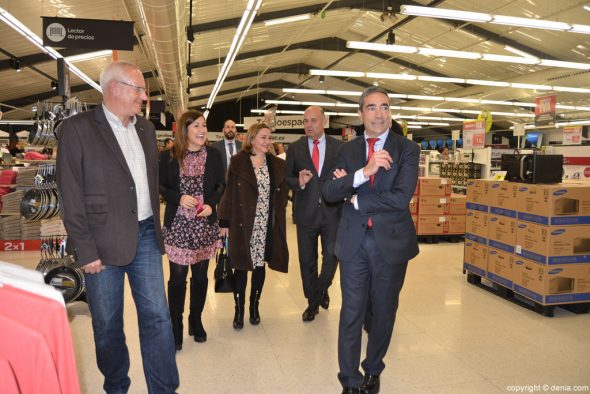 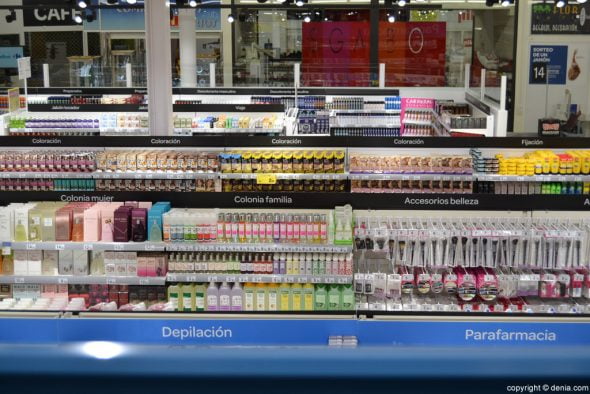 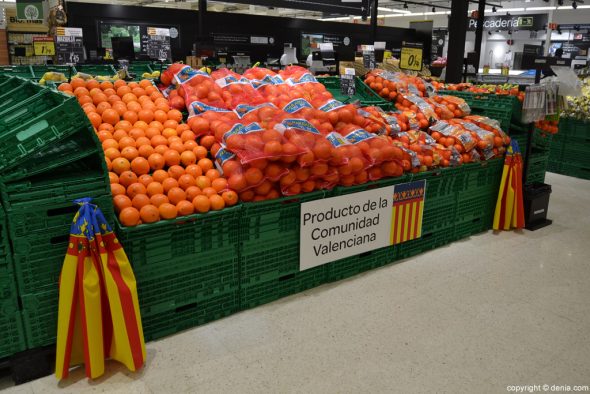 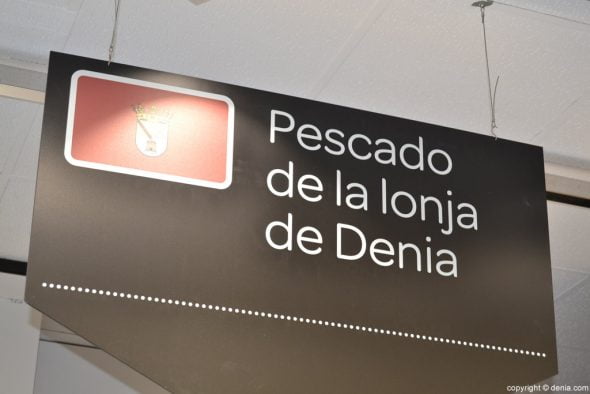 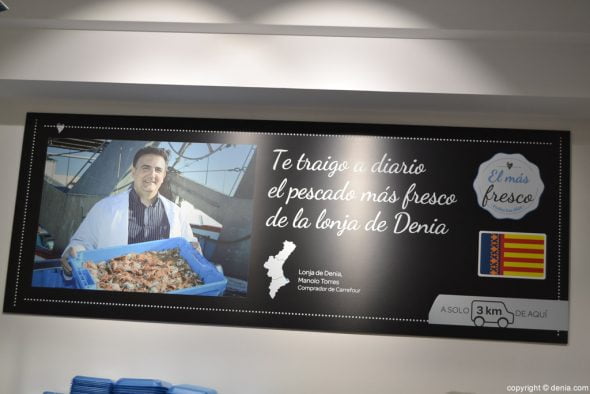 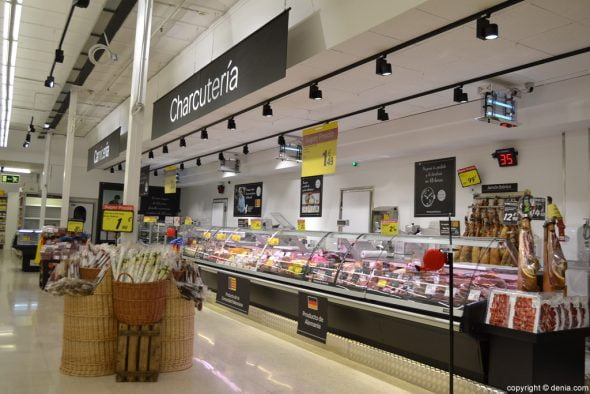 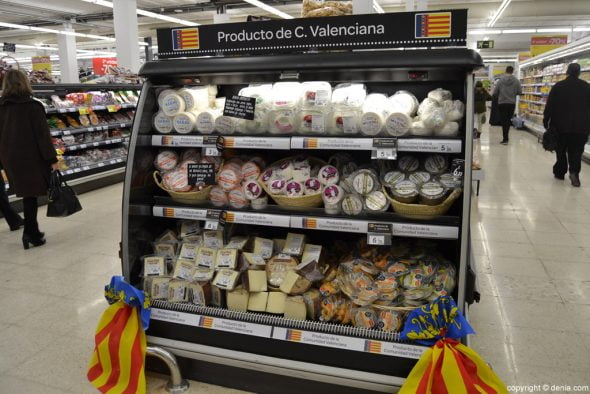 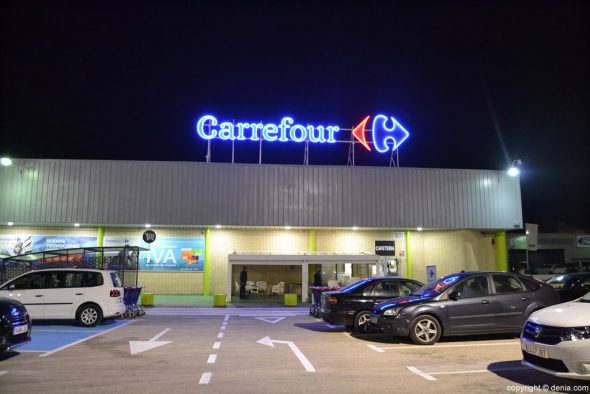