H. Nou Roma got the win of the day in the league ACYDMA

The eleventh round of the regional league futsal ACYDMA was characterized by the triumph of the favorite teams. That is, there were no surprises and teams from the top of the classification won their matches. The highlight of it was the rout that H. Nou Romá endorsed the Maxim Sound, 14 0 to. 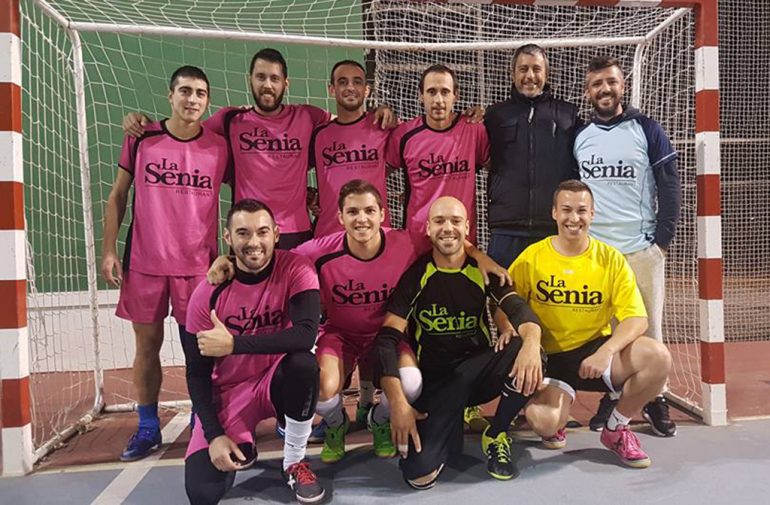 Bodega Aguilar Els Poblets team defeated by 3 2 to in a game where the leader had more problems than expected to win. Second-placed Juan Miguel Rte met his match against Cal Nay Bar 2 to 6 winning by in a match that kept equal during the first half. The second most punch in dianenses led them to victory.

One of the goals of the day was the one endorsed by Reale Seguros Ginestar Baleària who beat 2 to 9. One of the architects of the win was Jorge Llopis who scored 5 9 of goals for his team. Another of the meetings in which many goals were played was the Il Fratelli and Hairdressing Stilos, with victory for the team to 1 7 Rafol by.

The Xara Futsal made good use of their clash against bottom club Constr. Z Dénia who overcame without problems to 0 5. One of the most comfortable victories was achieved by Dorian Gray who defeated Paidos by 2 5 to. Who had more problems than expected to win was, AD GroupSeyma he suffered to get rid of P. Denipool who won by a tight score of 5 to 4. It was also tight victory Futsal Pedreguer Casa Llobell (2-1). The only tie of the day came in the clash between FS Moraira and Bar Marcilla that ended the 1 to 1 marker.

Top scorers ranking is headed by Juan Alfonso Sivera, Il Fratelli player who has scored, 18 goals. The team's director is H. Nou Romá with 69 goals, while the meanest is, Bodega Aguilar, who conceded 11. 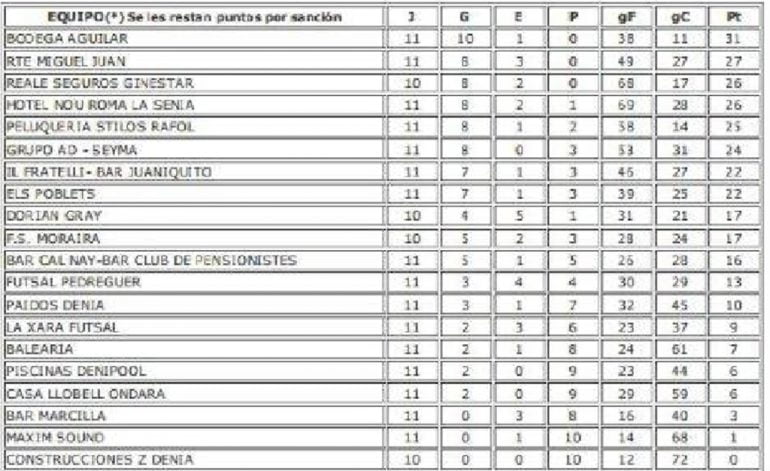