The initiative "Nit de la Llum" launched from the Consell de Comerc de Dénia, had a great reception by the dianenses neighbors who enjoyed a spectacular atmosphere created thanks to the 8.200 candles that were lit in the streets of the historic center and Calderón street. 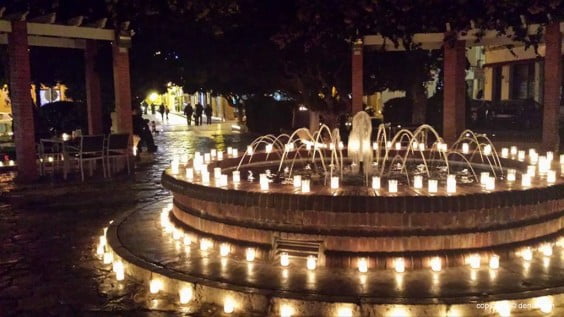 Shops kept their doors open until 23 hours and thanks to performances by choirs of local associations, the city took a great Christmas atmosphere.

The influx of people in the streets and within the shops far surpasses that of previous editions. The carols sung by the choirs of Al Manchara of the House of Castilla-La Mancha, Al-Andalus of the Casa de Andalucía The Pensioners and Canter Colla put voice to a magical night.