Goleada of B. Xaló to FS Benitatxell in the first round of the Cup

This weekend began to compete in the Acydma Cup competition, in which there were no surprises and where the most outstanding was the win that Bodega Xaló infringed on FS Benitatxell, which he won by 5 to 0 leaving his pass to the quarterfinals on track . 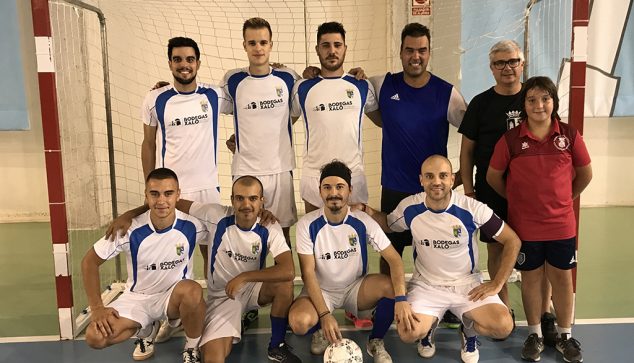 A single team per draw was saved from playing this tie and is qualified for the quarters. This set is the Bar Las Olas that will be measured in the next round of eighths against the winner of the tie between Futsal Pedreguer and PescamarIn the first leg, the pedregueros won by 3 to 1.

Els Poblets takes the lead against Baleària beating him 2 to 3, in a very close match so everything can happen in the return match. The tie between Bar Colom and Zenner is clearer, with a 5 to 0 for those of Bar Colom.

Another of the playoffs that is undecided is the one played by Rte La Fontana and Paidos with victory for the team Xàbia in the first leg by 6 to 5. Relative surprise was the victory, although not because of the triumph but because of the win, by Náutica Pérez over Casa Llobell. The dianenses won by 6 to 0 with what they almost have both feet in the second round. In the same situation is H. Nou Romá, who, after beating Bodegas Aguilar by 0 to 4, has a very easy time following the competition.

The second leg of the round of the last 7 of the Acydma Cup will be played next Saturday, March XNUMX.