Gent de Dénia includes in his government program a "innovative public transport project for the outskirts". As explained by the candidate for mayor, Mario Vidal, before deficit public transport to areas such as the Montgó, propose the creation of a card as a payment so that taxi trips are cheaper for residents.

In order to obtain these economic benefits for citizens, the training proposes the signing of an agreement with the two groups of existing taxi drivers in Dénia and the creation of a travel voucher card. In this way, the holders of this card would have discounts on each trip, depending on the area to which they move. 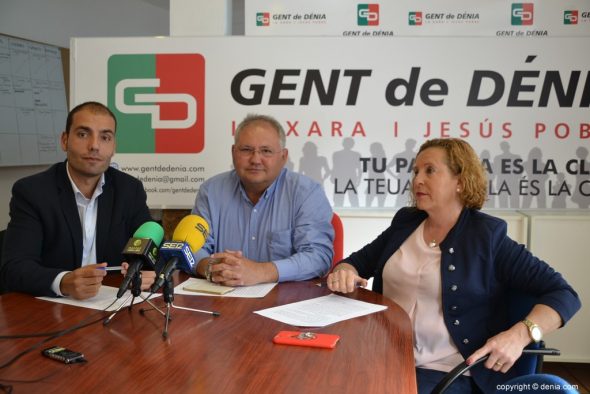 As an example, Miguel Donderis explained that, in a journey of 9 euros, the user would pay 2 euros, the taxi driver would take care of 1 euro and the remaining 6 euros would be borne by the City Council.

According to Gent de Dénia, this agreement would be beneficial for taxi workers, because they would increase their benefits, and for citizens, who would have a door-to-door service throughout the year, to any area of ​​Dénia that is not well connected by bus lines.

Vidal explained that, with a municipal budget of 60.000 euros, 10.000 trips per year could be made, a figure more profitable than the costs of the missing bus service to Montgó, which had a cost of 51.000 euros for a total of 3.500 trips made .